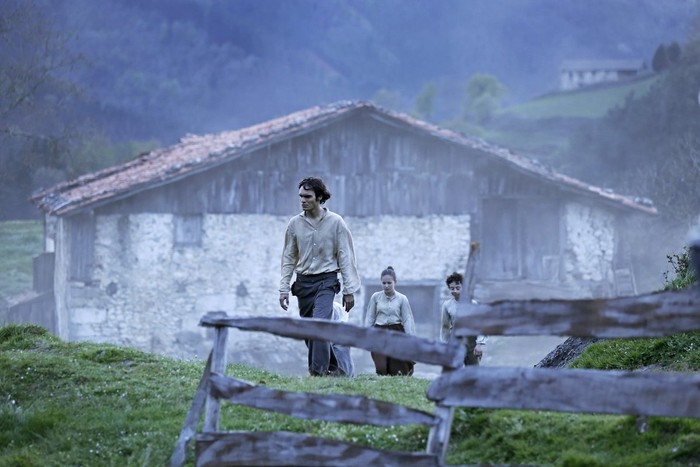 Following “Loreak” success, which was nominated to the Oscars 2015 and two Goyas, Aitor Arregi and Jon Garaño have managed to place their new film, “Handia“, in the official selection for the 62nd edition of the San Sebastian Film Festival.

“Handia” is co-directed by Aitor Arregi and Jon Garaño, and José María Goenaga is the co-screenwriter and co-producer. Among the cast we can find Eneko Sagardoy, Joseba Usabiaga, Iñigo Aranburu, Ramon Agirre, and Itziar Aizpuru. The soundtrack was composed by Pascal Gaigne.

The premiere will take place in Spain on October 20.

Having fought in the First Carlist War, Martin returns to his family farm in Gipuzkoa only to find that his younger brother, Joaquín, towers over him in height. Convinced that everyone will want to pay to see the tallest man on Earth, the siblings set out on a long trip all over Europe, during which ambition, money and fame will forever change the family’s fate. A story based on true events.