Berri Txarrak is no strange to the US music scene. Along with Betagarri (another Basque group from Gasteiz), the band participated in the Basque Rock Live 2005 event put together by the Basque Educational Organization. In 2014, they spent the month of April on a West Coast USA Tour.

A Basque in Boise will be enjoying the band in Colorado next Tuesday, so please drop me a line if you happen to be there too.

When it comes to their music style, BERRI TXARRAK has proved to be pretty unpredictable and audacious, adding new sounds to their punk rock roots: the anger of hardcore or metal, the fuzz of stoner rock and even some indie rock influences. But this band’s is known for their ability to write good catchy melodies, always searching for true emotion: Weezer, Nirvana, Pedro The Lion or The Beatles are some of the bands worshipped by the singer Gorka.

That’s why this open-minded trio has worked with such different legendary producers as Steve Albini, Ross Robinson, Bill Stevenson or Ed Rose. That’s why you’ll find guest vocals in their albums by people like Tim McIlrath (Rise Against) or Matt Sharp (The Rentals, Weezer). That’s why they won the ‘Best Punk Song of the Year’ Vox-pop Award at 2010 IMA’s (INTERNATIONAL MUSIC AWARDS). That’s why they’ve been on the top of the rank of ‘Best Album of the Year’ and ‘Best Live Show’ in magazines Rock Sound, Mondosonoro, Kerrang! or Rockzone during the last decade.

2014 is Berri Txarrak’s 20th anniversary and they’re celebrating it with a very special release featuring 20 new songs: ‘DENBORA DA POLIGRAFO BAKARRA’ (Time is The Only Polygraph), their brand new triple album. Each disc has been recorded by a different producer: Ross Robinson (At The Drive-In, Slipknot…), Ricky Falkner (Standstill…) and Bill Stevenson (Rise Against, NoFX, A Wilhelm Scream…), so that every record shows a very different approach, sound and energy:

I- Ross Robinson’s EP is full of powerful heavy riffs, with a dark atmosphere that makes this song collection the hardest among the three records. Recorded at Ross’ studio in Venice (California), these songs have been mixed by german sound engineer Jan Kerscher at Ghost City Recordings.

II- Producer Ricky Falkner is known for his work with spanish indie acts like Standstill or Love of Lesbian. In this surprising EP recorded at Reno Studios (Madrid, Spain), you can listen to Berri Txarrak’s most melodic tunes. Great songs with lyrics influenced by poetry that question everything in these times we’re living.

III- Bill Stevenson is the producer chosen by Berri Txarrak to record this bunch of short, fast songs. No time to breath: this is a great punk rock song collection: 6 songs, 6 hits recorded at The Blasting Room studios in Fort Collins, CO (USA). 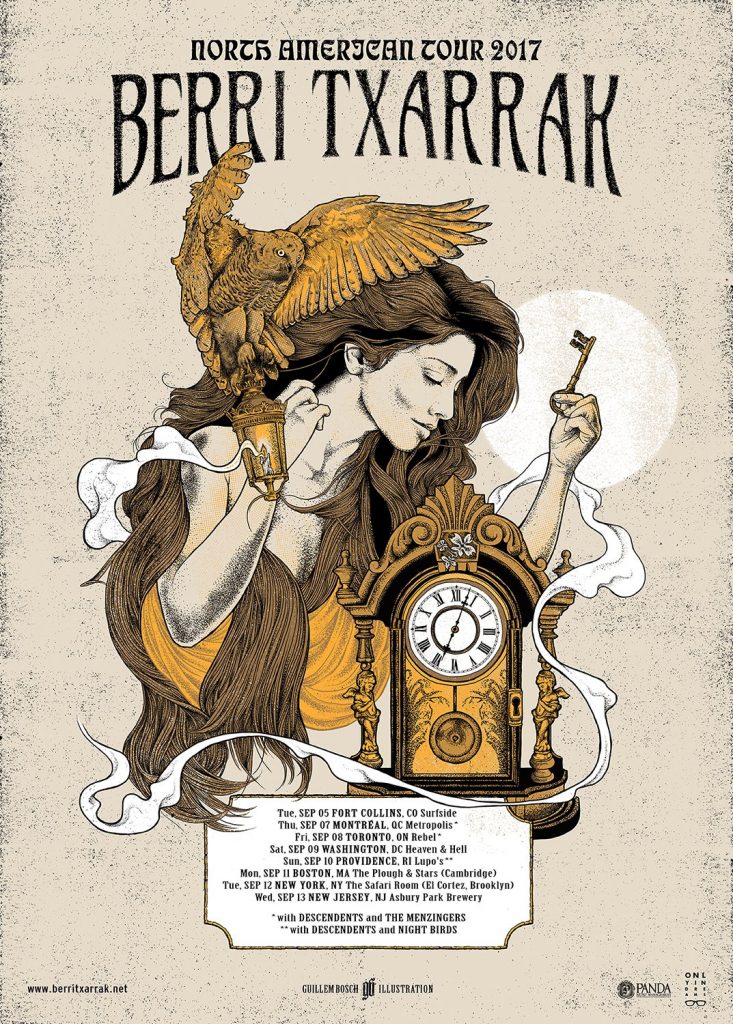