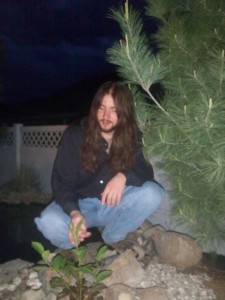 Cody Beaudreau is one of just three students from Boise to enjoy the privilege of studying at the prestigious Basque Language Academy Maizpide, located in Lazkao, Gipuzkoa. This blog details his experiences, adventures, exploits, tragedies and triumphs as he attempts to better his abilities in the Basque language Euskera, the oldest tongue in all of Europe.

From the historic Boise Basque Block to the Oinkari Basque Dancers, the beloved Basque band Amuma Says No and Boise’s thousands of Basque and Basque-American residents; the City of Boise has long been enriched by Basque culture. Cody believes that the Basque presence in Boise is the single most important cultural component of his community. For this reason, he has undertaken the daunting but rewarding task of learning Euskera.

Cody dedicates his time to studying Basque, English linguistics and Spanish. He graduated from Boise State University in 2010 with a Bachelor of Arts in Spanish and a Minor in Basque Studies. In his leisure time he reads Bukowski, Hemingway and Quiroga and considers the intricacies and implications of Indo-European etymologies.

5 thoughts on “About Cody”