A couple of months ago, I was able to get a copy of Jon D. Patrick & Ilari Zubiri Ibarrondo’s, A Student Grammar of Euskara (ISBN: 3 89586 444 7). This book differs from others in my collection in that its main purpose is to explain and clarify the intricacies of Basque grammar whereas the others are self-study lessons with worksheets and exercises.

I’ve found the book to be a great help in my studies due to the numerous examples it gives, especially when it comes to word order as that is one of the main things I struggle with. Also, another great aspect of the book is the section on Typical Errors wherein they give you examples of commonly committed mistakes along with the corrected version of the phrase or sentence.

The only negative aspect about the book is that it is very expensive. I have searched for it on places such as Ebay, Amazon, and Abebooks and I’ve only found two copies available for the steep price of 92€ (about $117) and $120. However, I think the book is worth it as it covers the curriculum of the first three years of a University Basque language curriculum and according to the authors, “competency in all the contents of the book would ensure a student was at the uppermost end of the scale of 2nd language speaker competency”.

When I first received this book in the mail, I took with me on my commute and I bet the other riders on the bus could almost see the lightbulbs flickering on above my head as I started to fully understand things that were unclear or foggy at best. I now use it as my main source of information on Basque grammar whether I’m using the Bakarka books or the BOGA program.

Have you discovered a fantastic resource for learning Euskara? Tell us about it in the comments!

As a person learning Euskara online and far away from the Basque Country, I realised early on that I would need to take extra measures to help make the learning process easier and more effective. This is where the Language Learning Toolkit comes in. The Language Learning Toolkit consists of anything and everything I can find that will help me: learn vocabulary words, understand grammatical concepts, fine tune pronunciation, sharpen reading and comprehension skills, etc.

The first tool in the Language Learning Toolkit that I want to discuss are: FLASH CARDS.

Since Euskara is a language isolate, it is a given that a majority of the words used will not have any similarity with another language. There are some exceptions though. For example: merkatu is a cognate of the Spanish mercado as well as the English market, making it quite easy to remember. However, most of the words I have encountered so far in Euskara are completely different from its counterpart in English or Spanish. For example: zuhaitz is very different from its Spanish counterpart: árbol and its English counterpart: tree.

This is where flash cards come in handy. Whenever I encounter new words or whenever I am given a new vocabulary list (in the BOGA program, a new list is given every session and in Bakarka, a new list comes in every chapter) I immediately create flashcards for them with the English and Spanish translations at the back. Sometimes, I also end up including a little drawing to give myself a visual aid to further cement the word and its meaning in my brain.

So, here’s a detailed step-by-step guide on how I made my flashcards. I create all of my flashcards uniformly as I’ve found that this particular way of doing it makes it easier to do a quick study whenever I can.

END_OF_DOCUMENT_TOKEN_TO_BE_REPLACED

Goals are incredibly important for any language-learner as having good goals will keep us going especially in times when we hit roadblocks. Roadblocks can come in many forms like: boredom, lack of time, difficult concepts, negativity, self-doubt, etc. If we make sure to write good short-term, intermediate, and long-term goals then the road to mastering a language will be easier and we can be assured that it will keep you going even when you’re ready to give up.

How do you go about setting up your goals? First, you must ask yourself two questions:

After answering those two questions, you will be able to come up with a few goals. To further give you guys some ideas, let me share with you a few (as I have many) of my own  goals for learning Euskara:

I also suggest that you not only write down your goals but post them somewhere where you can see them every day. I have my list of goals tacked up on my pushpin board (next to my calendar) so I wake up every morning and I can use it to give me the necessary push I need especially when I find myself wanting to just relax and watch telly or sleep instead of study.

Also, don’t be afraid to revise your goals. Sometimes, you might find that the goal you initially put down isn’t working (we all tend to set unattainable goals sometimes) so instead of getting disappointed, just make the necessary adjustments.

In order for goals to be considered “good”, keep the following in mind:

So, I hope this has inspired some of you out there to go ahead and write down your goals. Please feel free to share some with us in the comments! 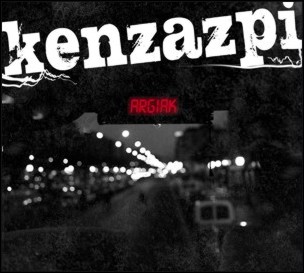 [Note: The following blog entry is a re-post, along with a few modifications, from EuskoCat. I will start this blog by transfering all old content first before uploading new entries, as I don’t want any new readers to miss out on earlier posts, especially this one, which will give you the resources to start learning Euskara!]

When I finally decided that I was serious about learning Euskara, I decided to search for a way to learn the language while at the same time not have to resort to eating ramen noodles for the rest of my life. I decided to do a little research into the methods people use to learn Euskara and here are some you can try out:

I am currently making use of the BOGA program as my main resource for learning Euskara. I chose it as the $50 per semester fee along with the online access was a great fit for me because it wouldn’t burn a big hole in my wallet and it wouldn’t require me to have to lose time for work.

The program itself is entertaining as it is filled with interesting sketches, exercises and tests. However, it also has its flaws, the major one being its propensity for crashing for a few hours. I also find that the explanations in English sound quite unnatural at times, as if it were translated into English by a non-native speaker and although that can easily be ignored, it can sometimes cause a bit of confusion. But I firmly believe that even with those flaws, it can be a very useful tool.

I am also studying Euskara through a book called Bakarka I: Método de aprendizaje individual del euskera by J.A. Letamendia. This teaches Euskara (or Euskera as it is called in Spanish) through the medium of the Spanish language. I find that whenever there is any concept or grammatical rule that I cannot quite understand when explained in English, I need only read it in Spanish and it suddenly becomes clear.

That’s it for now! On the next post, I’ll be talking about how music can very beneficial to any language learner. Aio!