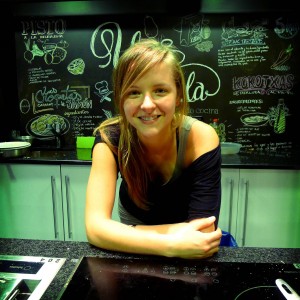 Marti Buckley Kilpatrick reports from San Sebastian, in the heart of Basque Country, on all things related to Basque cuisine. From pintxos to breaking culinary news to recommendations on where to eat in Donosti, this expat blog has the scoop on what’s happening now in the Basque dining scene. Marti Buckley Kilpatrick is from Birmingham, Alabama and currently resides in San Sebastián. She divides her heart equally between the South of the US and Basque Country (although her stomach prefers the latter). She is a journalist, with work appearing in several national US publications, and a blog featured by CNN. She cooked for nearly two years under Alabama’s most celebrated chef. And now she’s a little bit of everything, as long as there’s food involved. Non gogoa, han zangoa.