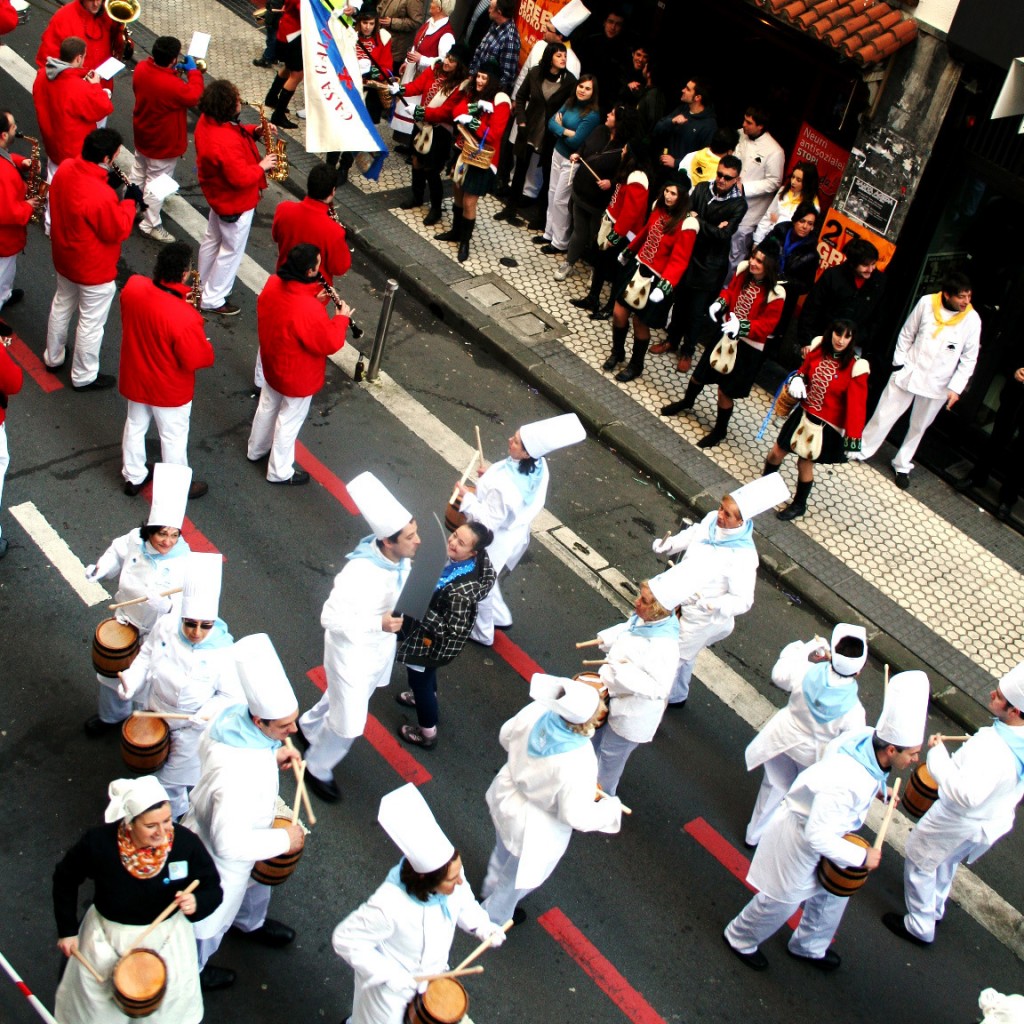 Another installment of the Basque Food ABC’s. Today, we talk about the letter…B!

B is for….babarrunak. Babarrunak is basque for beans, and nowhere are beans more treasured than in the nearby town of Tolosa.  Alubiadas, loosely translated as bean fests, are parties for groups of friends from the age of 15 to 95.  And they revolve around a relaxed afternoon of eating beans, drinking, and talking.  I’ve been to a fair share thanks to a good friend, and there’s something special about sitting in a square in Tolosa, knocking off the chill and eating your fill of the famous black Tolosa bean, and lingering over cocktails for hours.

The Tolosa bean is peculiar for several reasons: it’s quite expensive, usually running between 7 and 15 euros a kilo.  It’s also misleading: when you buy them, they resemble black frijoles. However, after hours of cooking, they turn a dark red and take on their luscious silky smooth texture. These are a must try.  My mom was probably confused when I sent her a bag for Christmas, but these beans are as close to a luxury item as legumes get. 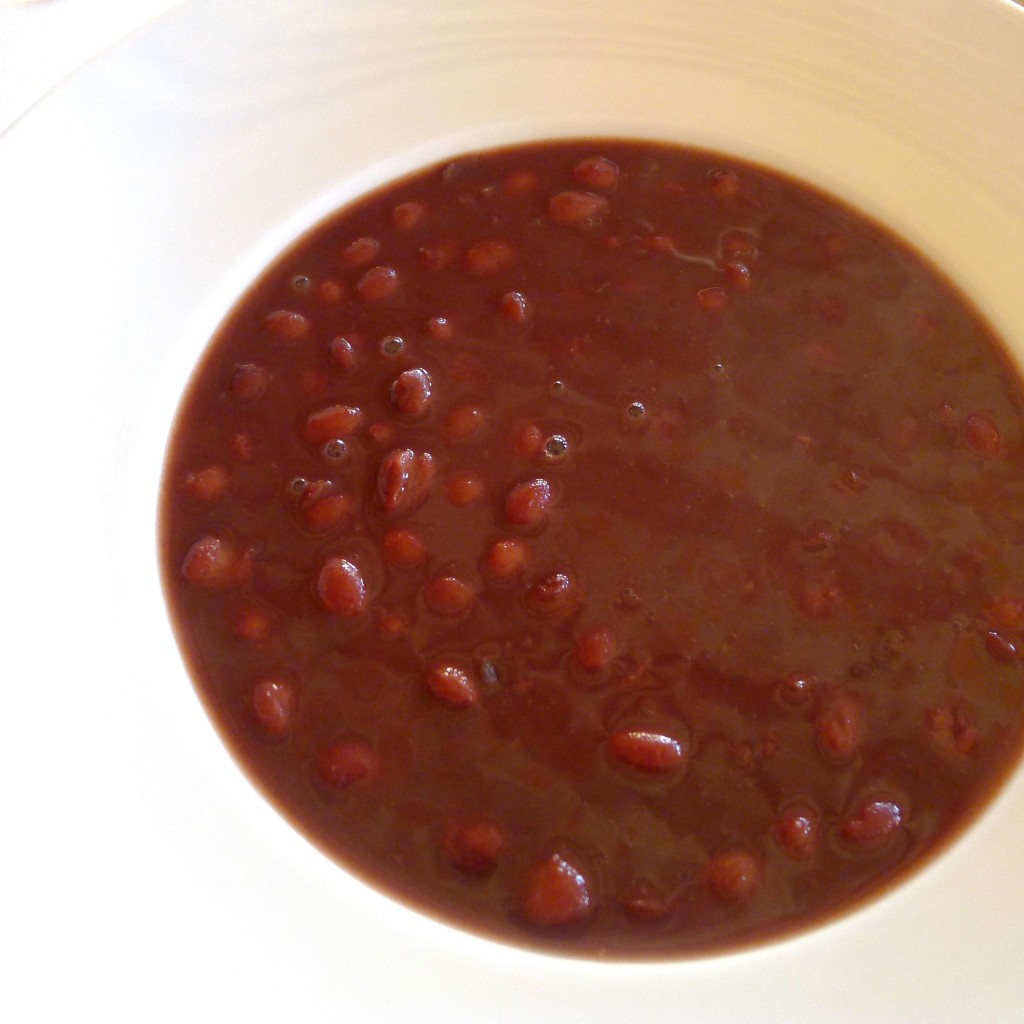 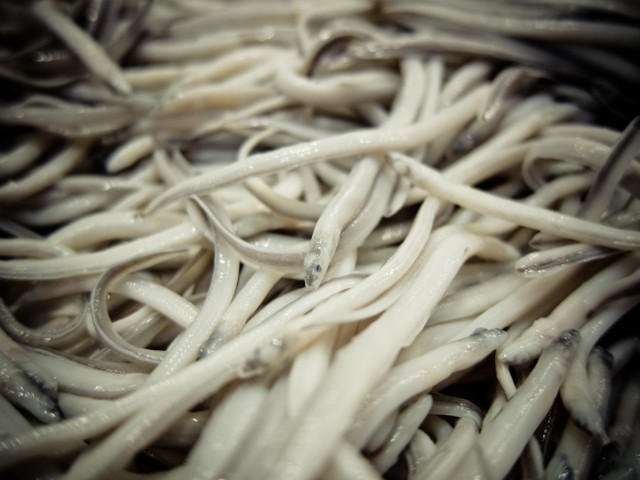 What is basque food? 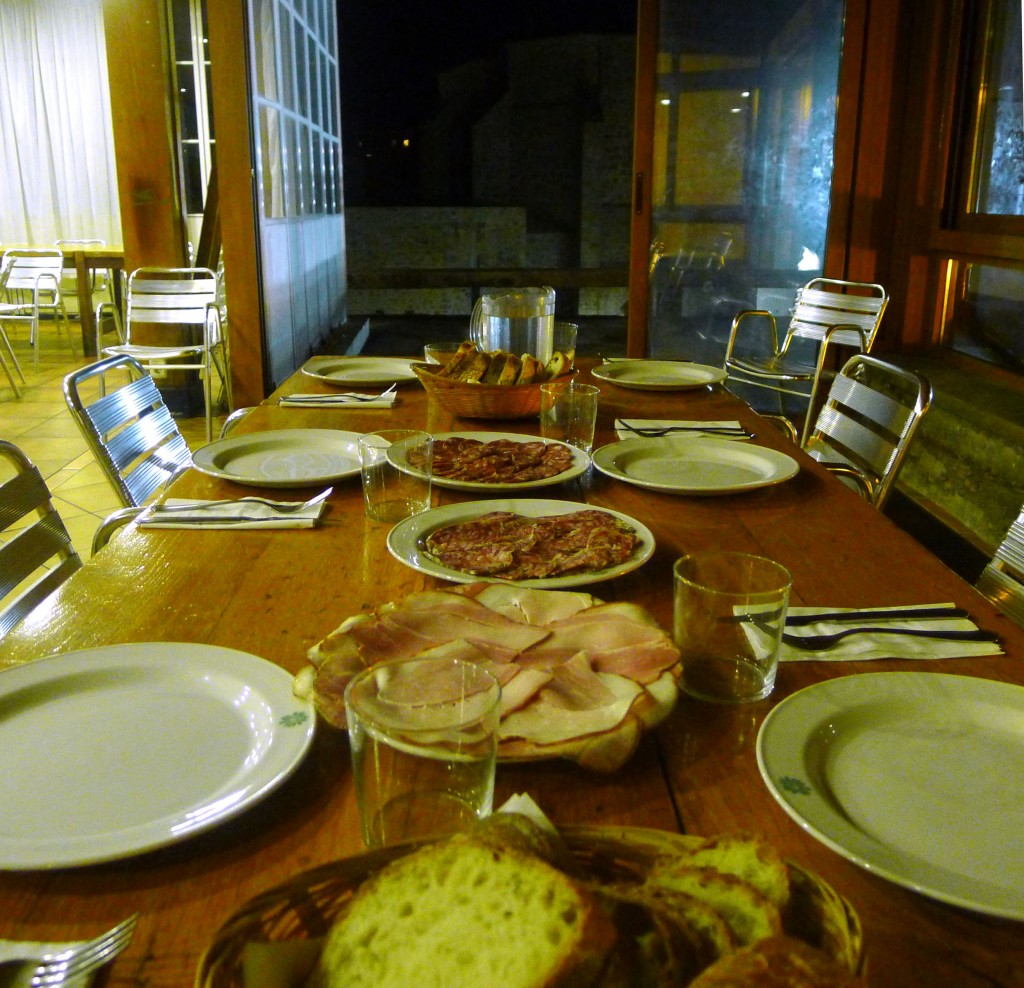 It’s a table set for all your friends, in a txoko, or dining society.  It’s fresh products, eaten at their peak time and with hardly anything added.  Basque food means leave your curries, leave your spices, and heck, you don’t really even need your black pepper.

Basque food is a food that is equally at home in restaurants of the highest caliber and grandma’s kitchen.  This is so not true of all cuisines.

Basque food is a sporting event.  Who has the best marmitako? Where do you have your hamaiketako (midday snack)?  And most importantly…how many courses can you fit in your stomach? There is no room for people with a hesitant relationship with food. And there is  definitely no room for the word ‘calories’. I can’t remember the last time I used it, in fact.

Basque food is bar food, to be eaten one at a time, moving from place to place and always accompanied by a small glass of wine or beer.

Basque food is a food that is shrouded in mystery. Due in part to the mysterious language and in part to the tendency of Basques to stick with their social group of toda la vida (lifelong).

This is just a little intro. Here we’ll be talking about all things Basque, so I hope you chime in!