San Sebastián Restaurant Week lasts two more days…two more days of 25 euro prix fixe menus at an impressive roster of restaurants around town.  The menus range from traditional to innovative, always with a touch of seasonality. 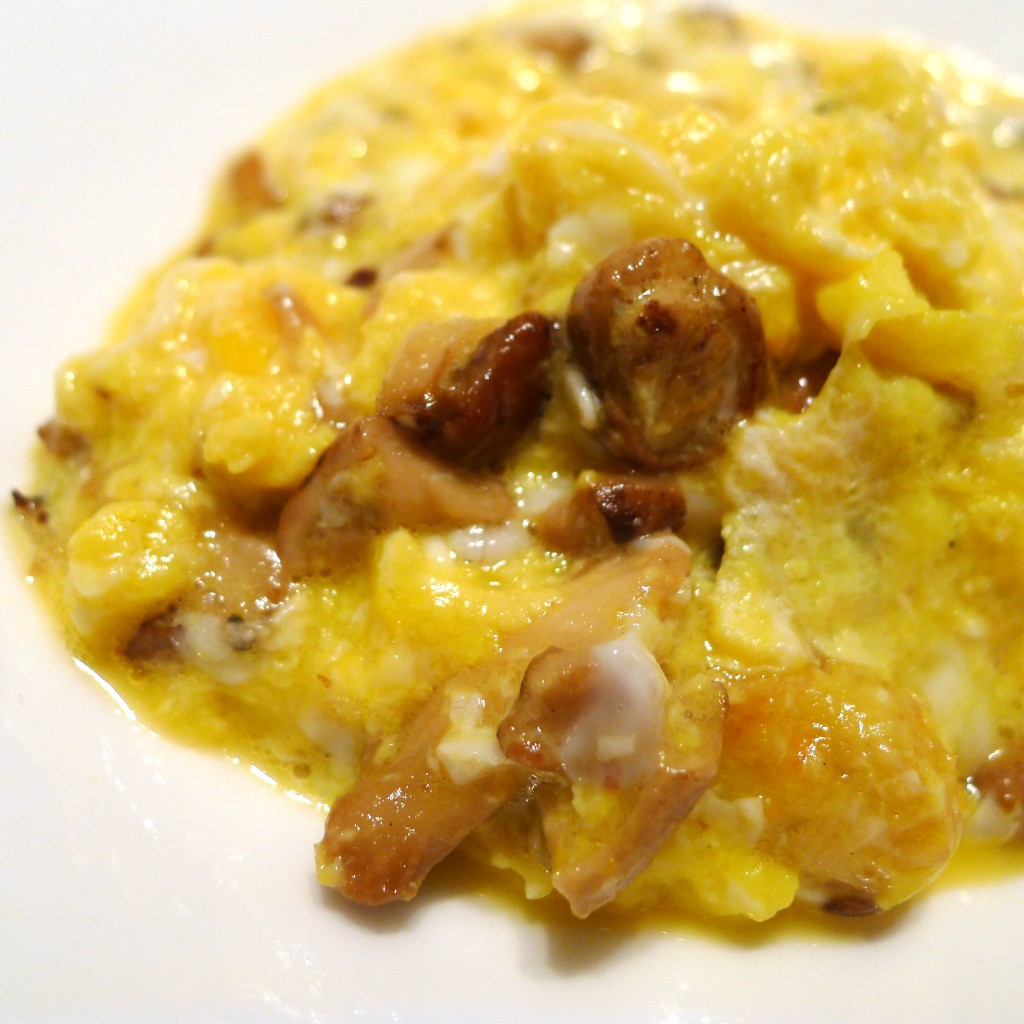 One recurring dish at several of the restaurants was the revuelto. To American eyes it is basically a creamy scrambled egg, but it is a legitimate first course dish here in Basque Country.   There are several variations, and this time of year it’s common to see them with xixas, a local prized wild mushroom.  The above photo is from Narru‘s menu, a revuelto with xixas and white asparagus. 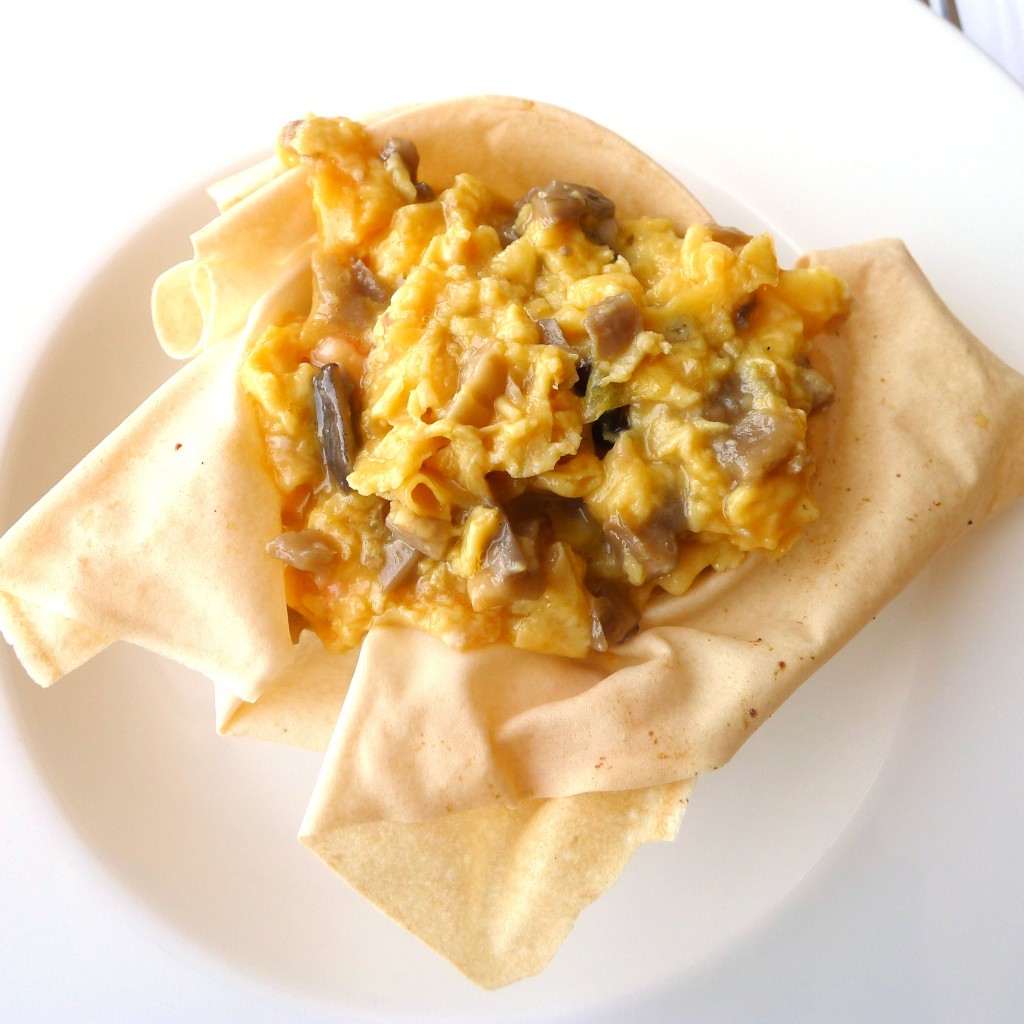 This, meanwhile, is the revuelto of mushrooms from Marina Berri in neighboring Zumaia.  As you can see, the presentation is different but the idea the same.

The revuelto also made an appearance on the menu at Dolarea, in Beasain. It was incredibly creamy, with fish and crispy potato sticks.  Incredible. 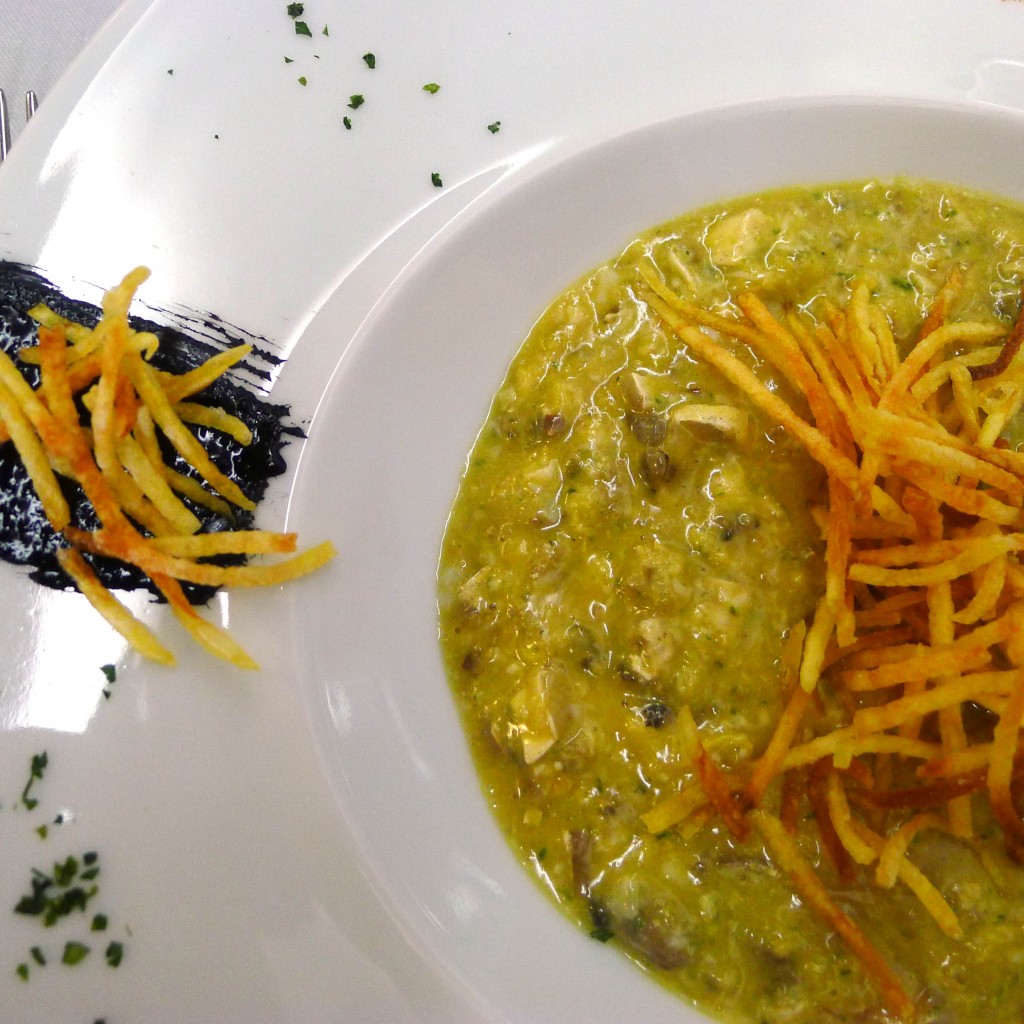 Who knew that the humble egg would be one of the stars of San Sebastián Restaurant Week?