Rioja wine region is divided into Rioja Alavesa (Basque Country), Rioja Alta (La Rioja) and Rioja Baja (La Rioja and Navarre). It´s mostly small family wineries, but of course there are also some big ones among them too. A visit to a winery in Rioja is always a delightful experiences, as you spend at least a couple of hours learning how they´ve been making wine during centuries. No wine bars like in Napa valley…it´s a much more enriching experience.

But there´s more to Basque Rioja than wine. When you drive along the roads surrounded by vineyards, you will for sure find a beautiful medieval town on your way. Or several prehistoric monuments, like dolmens and funerary burial sites. Or incredible churches that keep inside amazing altarpieces. Or a walled town, just where lied the borders of the ancient kingdoms of Castile and Navarre. Or maybe  just a town with nothing special on it but full of flavor and a particular relaxing atmosphere, where one of its neighbors may invite you to his place for a homemade meal.

Dolmen of the Sorceress, in Elvillar

Next time you´re there, don´t forget to visit walled Laguardia and the façade of Santa María de los Reyes (a must), Labastida and its fortressed church, medieval Labraza surrounded by nothing but vineyards, Samaniego, Lapuebla de Labarca, Baños de Ebro, Kripán, Elvillar, Elciego and the Marqués de Riscal winery (designed by Frank Gehry, the Guggenheim arquitect)…you´ll find a lovely atmosphere in places where the path of time seems to be slower than in the rest of the world…

A beautiful and original 3´ video on the highlights of the province of Bizkaia, where I live…hope you like it. Please click on the link below.

Bizkaia in a lapse 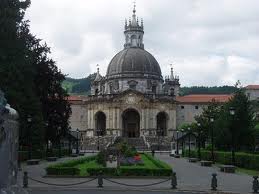 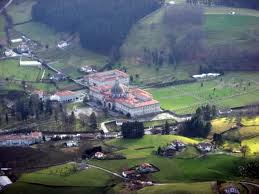 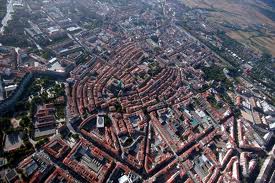 In the very centre of what´s knows as The Almond (due to its peculiar shape), that is, the historic district of Vitoria-Gasteiz, the capital of the Basque Country, there´s the Old Cathedral of St Mary´s. A few years ago, a very interesting project was born: the restoration of this Cathedral to stop its decaying process, seemingly unstoppable at the time. They have a great motto, Open For Reworks, (Abierto Por Obras, in Spanish), and they offer guided tours with experts that show you why the Cathedral was about to collapse, what are they doing to prevent it from falling down and how are they “reconstructing” some walls and columns so the building stays as it is for several more centuries. Extremely interesting for art and architecture lovers, for families and kids and for everyone interested in History, with capital letters. The Old Town of Vitoria-Gasteiz offers a great array of historical monuments and it´s also well worth a visit (the Jewish quarter is very well kept and its buildings are beautiful). This project has received a good number of prizes, based on its universal interest, and you can have all relevant info on www.catedralvitoria.com, also available in English. 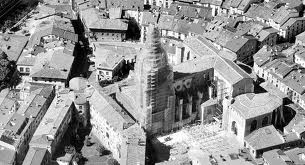 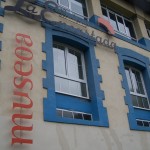 Last Saturday I went to visit the Museo de la Boina La Encartada – Museum of the Beret (or “txapela”, in Basque), in Balmaseda, Bizkaia. It´s on the former factory that has been making berets for exactly 100 years (1892-1992). The museum – a classic , beautiful XIX century Industrial Revolution building- , surrounded by well kept gardens and a river, has been recently opened  and offers a very comprehensive and thorough visit (available in English on demand).

They show the whole process, as some of the machinery is still in good working condition. All the machinery has been restored and, as the power they use to make them work comes from just WATER (thrusted from a turbine moved by the force of the water of the river), it´s constantly in motion. A very good guide shows you how  wool is converted through a series of processes into a classic Basque beret, there´s a very instructive video (well, there are two, one is for kids and the other is for adults) and you also visit the home of the owners, kept as it was in early XX century. Entrance fee is very small and they offer berets for sale, at very reasonable prices. Nearby, the beautiful village of Balmaseda, full of beautiful churches, convents and a marvellous mediaeval bridge. A different kind of visit. 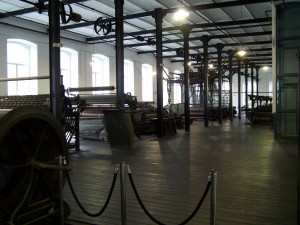 The web page is www.laencartadamuseoa.com, it´s just 30 kms from Bilbao and it´s off the beaten path, but worth the visit.  Not far from Ferrería (ironmongery) El Pobal and the Rolls Royce Museum. 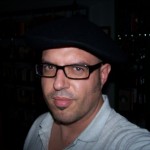 And this is me with the txapela I bought that day…