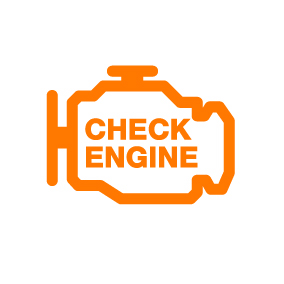 Like computer trouble or software error messages (“But it was working perfectly this morning!), the “Check Engine” light comes on when you least expect it and for no apparent reason. After years of dealing with computers and five Saabs later, I no longer ask myself that question and direct all my energy to solving the problem. So after the light came on in the Touareg I sighed, took a deep breath, and scheduled an appointment this morning to take the car in after I picked the kids up from school.

I get to the Service department at Lyle Pearson at 2 p.m., with my two kids plus one of Andoni’s friends in the back, all hyper after the first day of school. I go inside and a guy with the longest mullet ever greets me. (I’m not judging, I’m just painting a picture here, you know, describing). He gives me a number and takes my keys. I ask how long it’s going to take for them to read me the code, and he says “Oh, about an hour and a half”. What? Are they using a scan machine from the 30’s? Just how slow are you guys? The man talks to me like I’m stupid. “Well… you have to get the code, and then look it up on the computer to find out what it means”. Dude, even with a DOS command prompt PC you can get the codes faster than that. I’m not paying $100 diagnostics to these people. Shit, I can get my own iPhone Car Diagnostics Kit for that money (I am seriously considering it). I get that repairs at the dealership are more expensive, but c’mon, that’s a rip-off. And a bit insulting. So I take my keys and drive off.

I decide to go to Einstein’s Oilery instead. The guys are super nice, and for a decent price they change your oil, give you the day’s edition of The Idaho Statesman and your choice of coffee and soda (Coke, Sprite or Dr. Pepper). It feels more like Sonic than a mechanic shop. Mitch was my “waiter” today. He even has a mechanic-ish name. I feel much better already.

I was hoping I could get away with using normal oil in the Volkswagen, but no such luck. The guys feel bad and show me the computer screen so I can see for myself I need synthetic oil. As I’m reading the information, I notice a service called “Check Engine Light”. Awesome! Especially when I ask about it and they tell me it is fast and it is free. Sure enough, two minutes later I’m tightening the gas cap and the check engine light is now gone from the dashboard. And I only paid the $70 for the oil change.

I can’t imagine how pissed off I’d have been if I had to pay to tighten that cap.

*I just heard on the radio that AAMCO will also do the scan for free.