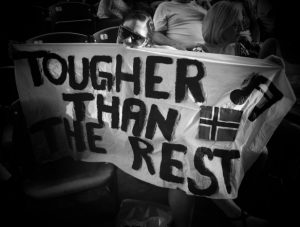 I thought I understood when my friends would tell me about their love stories gone wrong. I thought I could relate to their broken hearts because after all, I divorced the man I thought would grow older with me. But the years were not kind to our relationship and we parted ways. It felt different, though. I truly believe we both tried our best, in our own ways, but it wasn’t enough. At least we tried. He’s happy now, and I am happy for him.

Attempting to explain a broken heart to somebody who’s never experienced it is like trying to tell them how they’ll feel after having children. It’s impossible. Hard as you might try, it is one of those things you can only truly understand after the fact. When there is no going back.

No matter how many breakup stories you’ve heard, how many articles you’ve read, nothing prepares you for the pain and void you feel when the person you love decides to pull the plug. They say it feels like a punch to the stomach. It does. Like your heart is being ripped apart by the invisible claws of a nasty beast. That’s right. Like you’re suddenly tossed into an abyss with nothing to hold on to. Yep. And you’re left to deal with all this sadness, anger, impotence and disbelief, all by yourself. You cry, you write, you confide in your friends over and over and over again, in an effort to get him out of your system, to no avail.

They say time will heal you, and I’m sure it’s true, but when you’re as impatient as I am, that’s not much of a consolation. I don’t like waiting for things. I like to plan, I work better when I know what’s happening when. Having goals and deadlines, something to look forward to, helps me function. I have none of that now. Only would be plans that need to be cancelled, hopes that will never materialize, and a bunch of promises that will never be fulfilled. It’d be easier to forget if I knew they were not forever written on those once loving Messenger chats.

I’m not stupid, though. I know when to be practical and look at reality in the face. I know when to draw the line between trying and becoming a pathetic version of myself. Ok, fine. Maybe I did make a fool of myself there at the end. Nobody is perfect. Maybe I needed to fall that low to understand he is definitely gone. Sometimes I want to regret behaving the way I did, sending messages and calling for the umpteenth time when I didn’t get an answer, but I can’t. That behavior didn’t just happen out of the blue, it was the result of weeks trying to keep a relationship alive that was headed to an end. The more I fought to keep him close, the farther he pulled away.

I know I’ll survive. I don’t fully understand what happened to all that love he professed for me not so long ago, but who knows what goes through someone else’s mind, someone else’s heart. At least I know I’m still capable of falling in love. True, right now, I want to say fuck it that I’ll try again if I ever meet someone new, but I know I will. Love is a wonderful feeling, and I won’t let my sorrow get in the way of a future story. I won’t let disappointment harden my heart. I am tougher than the rest.

Do I still hope he’ll reach out? Of course I do. Should I? Probably not. But I feel what I feel, and that’s ok. Life will go on and I plan on enjoying the future, whether he’s there or not. There is a world outside my house, and I’ve only seen a tiny part. There is family and friends. There is a visit to Harry Potter World in the making. There is wine and Happy Hours at Barbacoa. A possibility to fit in my size 6 jeans now that my appetite is gone. A chance to see Athletic win La Liga this season. A will to become EGA certified some day. Learn Catalan. Or German. Or Portuguese.

7 thoughts on “Tougher Than The Rest”