Friday, finally. So not inspired today, after an entire month of basically working before and after going to work. Having two jobs is not easy sometimes, but I wouldn’t change either of them. I looked in my draft posts but there is nothing I can use, damn it, just personal stuff I promised I wouldn’t publish anymore. So let’s fall back on something that always works: the KBOI news.

Earlier in the week I heard about a guy who was going to skydive from the stratosphere on Tuesday, but due to wind gusts that damaged his helium balloon, he was forced to postpone the jump until further notice. And my question is, “Why? Why would anybody want to do something like that?” One thing is to look for excitement in life, jump outside the box, and another thing to plummet from 120,000 feet at 690 miles an hour. “He dropped 6 ft too many, but he broke the sound barrier,” the priest will say while they lower the casket into the ground.

CNN.com has the scoop. I will keep you posted on the outcome, once he takes the plunge.

(Hello! I just looked at his picture. I hope he makes it!) 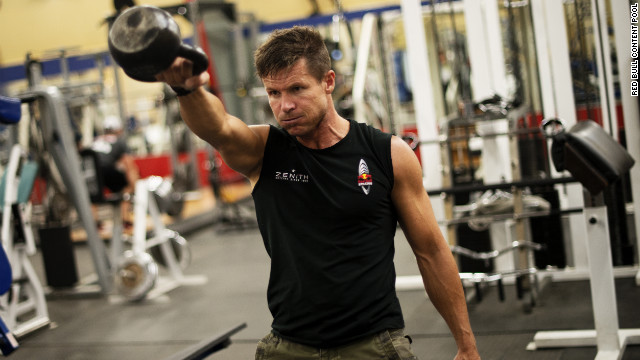