This morning I saw several interesting photos posted online by a couple of friends, not the kind you take with your phone and immediately upload to Facebook, but of professional quality. They were different, funny, provocative —and frankly, a little freaky at times— and offered a different spin on Basque culture. I was intrigued, so I did a little bit of research and I found Igotz Ziarreta, a Basque from Bizkaia living in Barcelona, who works as the graphic designer for the Basque Center in Barcelona and is responsible for many of the posters the center uses to announce its events.

He won the Durango Azoka design contest in 2007 with his Naked Olentzero, the CJOP photography contest in 2010, and the Irudimena contest organized by Azkue Foundation along with EKE.

Back in 2007, Igotz already raised some eyebrows with a poster for the Lumagorri Gay Party that featured Lehendakari Ibarretxe from a different perspective. Now, his new series “Made In” are bound to raise some more with his unusual take on Basque culture.

PS.— After I published the post, I sent Igotz the link and a note introducing myself, in case he wanted to share the article around. He answered shortly afterwards with an interesting fact about his dad —the older man with the PlayStation in this photo— that hits very close to home: at the end of the 1960’s, Igotz’s dad worked as a sheepherder in Thousand Springs, Idaho. According to Igotz, there is a spark in his dad’s eyes every time he speaks about the time he spent in Idaho, as it was a very special time of his life. 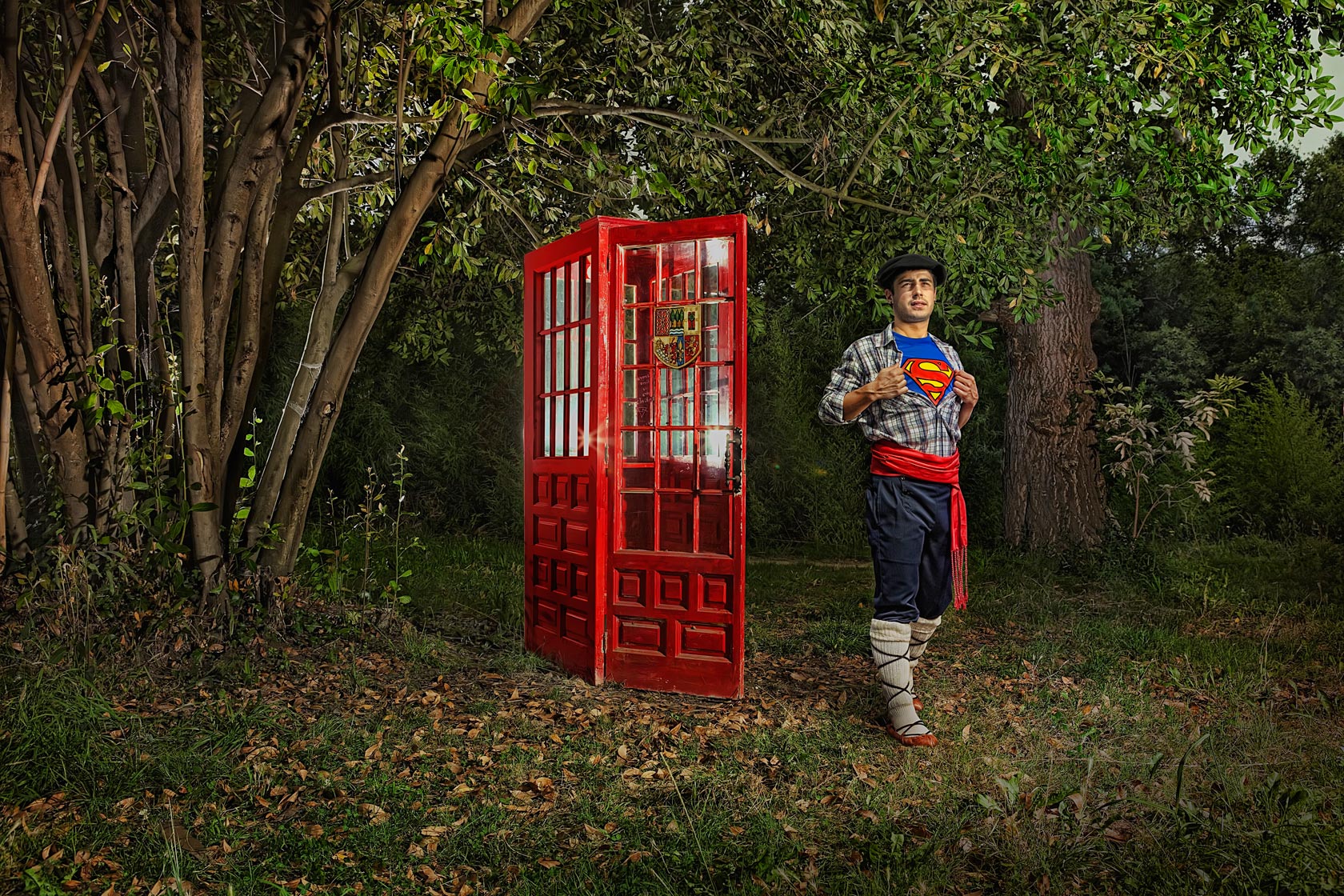 2 thoughts on “Igotz Ziarreta: An unusual take on Basque culture (and ties to Idaho!)”