Izaskun Arandia, a scriptwriter and film producer from the Basque Country, is currently producing the IRA 26-2 documentary by Maider Oleaga, which aims to rediscover the figure of Elbira Zipitria, founder of the first clandestine Basque school during Franco’s regime.

A few years back, Izaskun produced her animation film “To Say Goodbye,” about the 4000 children who were evacuated from Santurtzi after the bombing of Gernika in 1937.

Filming of IRA 26-2 will start on May 27 in San Sebastian. If you would like to participate in the project, there are several ways:

In 2011, Maider moved to the second floor of building 26 in Fermin Calbeton Street, San Sebastian, where Elbira Zipitria opened the first clandestine Basque school during Franco’s regime. The documentary aims to discover who Elbira really was, a woman who played a very important role in the history of the Basque Country and its language. With her work, Maider wants to make her work and life experiences known, and she hopes it will become a reference for future generations.

Elbira worked to keep the Basque language alive in a time where using it could land you in prison, as she was also a political activist. Elbira was a speaker for Emakume Abertzale Batza and their secretary in Gipuzkoa, thus being one of the first women in the public arena.

The documentary will be filmed at Elbira’s house, the film’s director current residence. 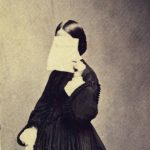 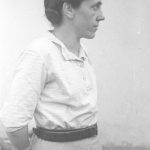 How will your contribution be used?

The money raised by this campaign will help cover part of the post-production costs and commission fees charged by Verkami, Paypal, as well as some prize expenses.

Filming will start on May 27 in San Sebastian, until the end of June. Staging will last 2-3 months and prizes will be sent right afterwards.