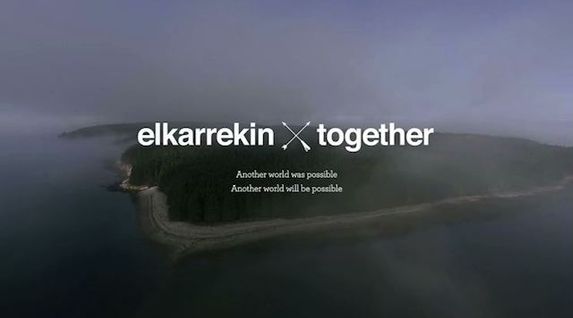 Are you interested in learning about the history of Basques in North America and their unique relationship with the Native Americans in the 16th century?

Then, come to the Basque Center for Elkarrekin Together, a documentary containing the most important element of a truly great story: the constant hunger to know what’s over the horizon, what’s hidden beyond the next step. And what makes the story even better is that it all actually happened.

In a tiny island in the east coast of the United States, a small group of explorers looks for something. They are archaeologists, sailors, scientists and divers, They have clues that indicate that indicate undocumented activity: a peaceful and lasting coexistence between European fishermen and Native Americans during the mid sixteenth century. Through the chronicles of this expedition, we will discover values that the world needs more than ever before: dialogue, discovery, coexistence, and the beauty of creating something together.

This event is co-sponsored by Euzkaldunak, the Basque Museum & Cultural Center, the Cenarrusa Foundation for Basque Culture, and Boise State Basque Studies.

For more information, visit Elkarrekin Together, the documentary film.