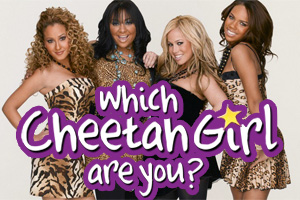 Nine o’clock and I just finished having dinner. Folks in the Basque Country probably won’t think anything of it, but it’s kind of late for this side of the Atlantic. Usually I’m done with dinner by 7:30, but today I didn’t have anything to work on in the evening (finally!) so I hanged out with the kids on the sofa.

We started the night watching the end of a movie Maitane chose yesterday, which I blame for my lack of appetite. I might just make it a habit and watch “The Cheetah Girls” every evening after work. I’ve been meaning to lose some padding before summer anyway. What a revolting, corny, and all around embarrassing movie! Ugh! It makes “Hanna Montana the Movie” look like “Gone With The Wind”. I get it’s a movie meant for teenage girls, but c’mon! Being teenage girl driven doesn’t mean it has to make you cringe while you watch. Take “10 Things I hate about you”, “Bend It Like Beckham”, or “Saved”, for example. They are teen movies, but potable. I’d even go for “She’s All That”, and THAT was corny, ok?

Luckily, Andoni had been relentlessly asking (numerous times a day) for the last week to go watch “Diary of a Wimpy Kid 2”, but I couldn’t find it anywhere so I rented the first movie. I was super hungry by the time it was over. My favorite part is when Rodrick says to Greg that his mom always tells him to be himself and everyone will like him. Greg tells him that’s right, but just if Dedrick was another person. That made me laugh. This movie was cool, funny and with a message. Not that “The Cheetah Girls” didn’t have one — actually, both movies deliver more or less the same message in the end (friends stick together even after a fall-out), but “Diary of a Wimpy Kid” doesn’t make you wanna puke while getting this point across.

It’s up to you which one you end up watching. I guess it all depends on how you want to look this summer at the swimming pool.

One thought on “Cheet-ugh Girls”