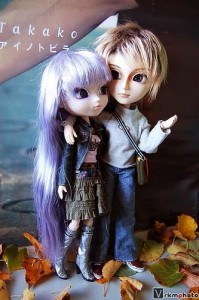 I went out last night because it was my friends’ birthdays, and because I wanted to check out the last few hours of the Oinkari Dance-A-Thon with Amuma Says No. So first stop, of course, the Basque Center, where I always have a good time. Last night was a little bit weird, though. I went into Amuma’s concert with Esther, and let me tell you, we broke the age average by abouy 20 years. Uncooooomfortable…

Second stop, VIP section at the China Blue (it’s good to have friends that have friends that are members that can get you in), where we only broke it by maybe 15. Wow. This place was filled with 100-lbs 20-something year-old babes dressed in what could only be described as long-ish tight-ass T-shirts wearing 6-inch pumps and the whole make-up section of Dillard’s. Fine. Maybe I was a tad jealous. But not as jealous as I was of the men. David Beckham has nothing on the guys at the club last night. Seriously, the only other place to possibly find better-looking dudes would have been The Balcony (Boise’s gay club). I could almost guarantee you they spent way longer than I did getting ready. Sure, it’s not like it would take that much, but I did blow dry my hair and used the straightening iron yesterday before I left my house. Hell, I even took the time to iron my dress.

No wonder I felt a bit bummed today, come to think of it.