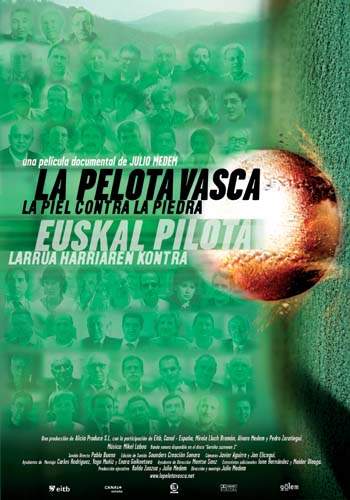 The Basque Museum in Boise has been running a series of educational presentations on Basque culture, history, and political issues. Last month, BSU history professor John Bieter talked about Basque migration to the United States. The presentations are open to the public at they are free to attend.

Today´s topic is on Basque politics. We will view the 2003 film, “La pelota vasca”, by Julio Medem, which documents the views of various political parties in the Basque Country.  I saw the film several years ago, but I’m excited to watch it again, as my views about a lot of the issues have changed, as has the political situation in the Basque Country – one only has to take a look at the latest election results and the success attained by Bildu, (“gather” in Basque) the nationalist and separatist political party, which was officially launched on April 3.

Later, there will be a discussion focusing on the prospects for new dialogue on the future of the Basque Country today.

If you can’t make it this evening, you can find more information about the movie here, and even watch it online here.

Upcoming events at the Basque Museum:

2 thoughts on “The Basque Ball: Skin Against Stone”