Last week, an important step was taken to increase the presence of the Basque language on the Internet when, after a year in the evaluation phase, ICANN (Internet Corporation for Assigned Names and Numbers) approved the use of .eus domain, the domain for Basque language and culture.

A top-level domain (TLD) is the last segment of the domain name. The TLD is the letters immediately following the final dot in an Internet address and identifies something about the website associated with it, such as its purpose, the organization that owns it or the geographical area where it originates. Each TLD has a separate registry managed by a designated organization managed by ICANN.

According to Iratxe Esnaola Arribillaga, member of Puntueus Foundation, this success is the result of a process that has taken years of work and patience.

.eus domain will launch in April 2014 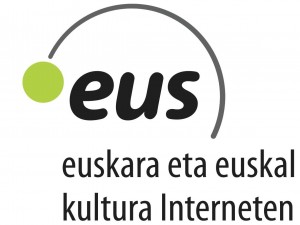 On Saturday, June 15, the Puntueus Association gave a press conference at Euskaltzaindia (the Royal Academy of the Basque language) quarters in Bilbao to evaluate ICANN’s approval of .eus domain for the Internet.

“We expressed our intentions and have hardly talked about it in four years”, they claimed, “it was required by the process. We knew that the deadlines established at the time might not be met and the process could be greatly delayed”. The main reason for a setback in the process stems from “the amount and the type of the domains that could be requested”.

As the spokespersons for Puntueus stated, “we took several steps in the approval of .eus domain. The first important step was taken on April 2, 2008, with the creation of PuntuEus Association”. The next step was registering PuntuEus Foundation, “whose objective was to request the domain as, in the future, it would be responsible for the administration, monitoring and management the .eus domain”.

After the technical tests before the kick-off, “we will go into the .eus domain launching phase. All of that will happen, more or less, in April of 2014 and PuntuEus Foundation will be responsible for announcing the steps to take.”

“We now have a tool to face the challenges in the country of the Basque language. And not just any tool: .eus domain is a tool with the ability to interconnect and unite a community as a whole”, the foundation assured.

To conclude, the association has announced a new event for next Friday, June 21st, at the Paraninfo of the University of the Basque Country, in Abandoibarra, Bilbao, at 1:00 pm.