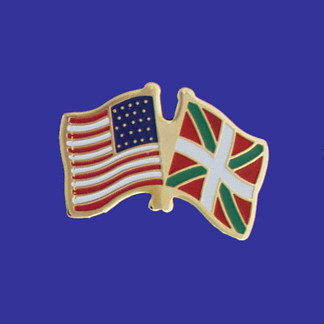 Christmas time has been busier than I thought and I can tell I’ve been slacking a bit on sharing some interesting news from the last few days. I will try redeeming myself by grouping everything I can into this post and let you guys browse through it. I’m specially excited about Kanaldude, a Basque TV channel online to add to EITB’s offerings, as mentioned in this week’s issue of Astero. (If you haven’t already, sign up for Astero -which means “weekly” in Basque- by sending an email to info@nabasque.org).

Join us and sing with us Basque Christmas Carols for kids and adults on Dec 20th at 6pm at the Basque Market in Boise, Idaho, USA. It is not necessary to speak Basque, to know the songs or to be Basque. This is an opportunity to learn Basque Christmas songs and to sing them. We will also explain the meaning of the songs.

If you have any questions, write an email to izaskunkortazar@gmail.com.

Gabriel Swope has been chosen by the Basque Foundation Board of Directors to be the primary recipient of the funds raised at the 2013 Sheepherder’s Ball and Lamb Auction. Gabriel Swope was born with Hypoplastic Left Heart Syndrome, a congenital condition where the left ventricle of the heat is critically underdeveloped. Gabriel’s parents and two children literally moved to Stanford so that Gabriel could be born in the Lucille Packard Children’s Hospital, one of a few places where surgeons perform an intricate series of open-heart surgeries that saved Gabriel’s life.

The Norwood open-heart procedure was performed when Gabriel was a week old. The surgeon created a “new” aorta and connected it to the right ventricle so that blood could be pumped to both lungs. The second open heart surgery called the Glenn Procedure was performed when Gabriel was six weeks old. During this time Gabriel was on a feeding tube and critical medications. Beth, his mom had to quit her teaching job to tend to Gabriel. Earle, his dad, is a fireman in Boise and had to take significant time off. They never left Gabriel’s side.

Gabriel, now eight months old, has one more heart surgery when he turns three. He will always be at risk, but with the love and support of his family and friends he is doing well. He is a miracle child that would not have lived if his Boise pediatrician hadn’t recognized the problem before Gabriel’s birth.

Earle Swope is a cousin to John and Norma Odiaga from Jerome. Earle’s arborglyphs of the immigrant sheepherder’s tree carvings are a part of the Basque Museum‘s display: Immigrant Shadows: Tracing the Herder’s Legacy.

The family is grateful for the support of the Basque community and the Basque Charities Foundation.

The RI Basque Club is excitedly planning for Saturday’s Christmas Party – please note that this event is open to members and non-members alike. Feel free to bring friends along with you, all are welcome.

It looks as if there might be snow on Saturday evening – check the website and Facebook late Friday evening and Saturday morning for possible party cancelation.

Lastly, as always, please bring your payment ($15/adult) in an envelope with your name and the amount paid.

Amaia Martiartu, a professor at Evergreen State College in Olympia, is heading up a meeting in Seattle regarding the Basque Peace Process and the potential role local leaders can play in this process. The meeting will be held at the house of SEE member Michelle  Errecart on Saturday at 12 PM. Michelle lives in Queen Anne in Seattle, and her address is:

If you are interested in attending, please let me know. Space is limited. Also, keep in mind this is not an official Seattle Euskal Etxea event, SEE just wants to get the word out. Food and drink is potluck.

The pair will take over from Izaskun Kortazar, who has held this position since its inception, on January 1st. Itxaso and Aitor both bring a wealth of knowledge and experience along with them, each from different areas, and will complement each other perfectly in this position. NABO is fortunate to have such qualified individuals in its midst who will continue to advance its Euskera program.

EuskalKultura.com has been nominated as a finalist in the Buber Sariak (Buber Awards). This is a major award in the internet industry awarded by the Internet Association and Euskadi. These awards were created in 2000, to recognize the hard work of those dedicated to creating Basque-related websites. It derives its name from Blas Pedro Uberuaga, website pioneer and creator of Buber’s Basque Page. Blas, who is the son of Basque immigrants to Idaho, began his website in 1994. Although the award is welcomed news, it reaches EuskalKultura.com at a critical point when its future is being called into question. Read the full story here.

Alfredo Pereiro concerning offspring of the Tree of Gernika

Alfredo Pereiro, from Laudio, is doing a study on the offspring of the Tree of Gernika around the world. If your club or association has a tree that originated in Gernika, please contact Alfredo directly via email: alfredo.pereiro@gmail.com. It would be fun to find out where all of these saplings ended up. Eman ta zabalzazu!

Many people are aware of the offerings provided by EITB, Basque TV and Radio but you may not know about Kanaldude, Iparralde’s (the northern Basque Country’s) Basque TV channel that can be seen via its website. Kanaldude is based in Arrosa and broadcasts on TVPI. Kanaldude provides news on events in Iparralde, as well as entertainment including pilota games. Working much like YouTube, new stories are added every week but also archived so they can be seen when you want, free of charge of course. For more information, check out their flier.