Setting out to explain Donald Trump’s popularity in less than a thousand words can’t have been easy. Explaining it so Basques can wrap their minds around it – we have a very different view of American politics in the Basque Country – almost an impossible job. Lucky for us, not only was Boise’s Mark Bieter up to the task, but his article offers a few plausible theories that help shed some light on Trump’s unlikely but real success.

Originally written in English by Mark, Chico Translations was fortunate enough to be asked for help with the translation. You can find his article in today’s Editorial for Basque newspaper Deia: Cómo explicar el fenómeno Trump.

For those of you who prefer reading the article in English, I have included a copy below. 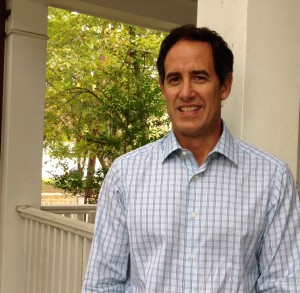 For many months, watching the train wreck of Donald J. Trump was fun.  But now many of us in the U.S. are realizing we’re riding on that train.  It’s forced us to consider a difficult question:  How did it happen?

From the moment Trump announced his candidacy for the Republican nomination last June, when he described Mexican immigrants as “rapists,” to a few days ago when he refused to clearly reject the support of the Ku Klux Klan, his success has been a mystery.  At first, the press covered him as an entertainment, a silly and loud figure who would never be a serious contender for the presidency but who could perform as a soap opera villain that everyone loved to watch.  The other Republican candidates were almost happy to see him join the race, because his statements were so barbaric that they would seem moderate by comparison no matter what they said.

Nobody realized that something which started as a gust of hot summer wind would become a vicious tornado that threatens to leave the Republican Party in ruins.  That tornado has already destroyed some of the party’s brightest hopes, including Wisconsin Governor Scott Walker, South Carolina Senator Lindsey Graham, and – maybe most wickedly and forcefully – Jeb Bush, the heir apparent of the Bush family dynasty who seemed like an indestructible fortress of the traditional party.

Everything started with so much promise.  The 16 other Republican candidates were described by journalists as “the most talented field of presidential candidates in U.S. history.”  But almost all of them have been flattened by Trump’s tank.  It is now likely that Donald Trump – orange-skinned casino king, serial husband, reality television boss, manufacturer of false universities – is going to represent the party of Abraham Lincoln and Theodore Roosevelt in this fall’s election.  And there’s a very real possibility that he may become president of the United States.

As an American, it’s hard enough to understand how this happened.  It must be even harder for Basques.  I have only a few theories to offer:

First, this is a year when many Republicans hate professional politicians, even those from their own party.  When Barack Obama became president in 2009, the Republicans’ strategy was to make no compromises, no matter how small.  They fought Obama at every step.  In 2013, they actually shut down the federal government rather than accept his budget.  For a while, it was satisfying.  But many have grown tired of the endless fighting, which has done nothing to address their problems.  Opinion polls show that Congress is literally less popular than head lice.  So at the beginning of the presidential campaign, when the Republican Party offered a bag of 16 delicious and competent lollipops as candidates, it didn’t understand that what their members really wanted was a hammer.  Trump is a perfect hammer.  He is a billionaire who cannot be owned by Washington, D.C. lobbyists or the party establishment, and he promised to take the current corrupt system and rip it to shreds.

Second, Trump is a master politician for these times, with the ear of Johann Sebastian Bach for what many voters crave and a virtuoso talent for playing the media.  While Jeb Bush and other candidates were burning millions of dollars in the furnace of television advertising and getting smiling endorsements from other politicians that their voters loathed, Trump was busy making bold statements that were exactly what the party’s base wanted.  We will build a wall on the Mexican border.  Mexico will pay for it.  We will make America great again.  We will round up 11 million illegal workers and deport them.  We will ban all Muslims from entering the United States.  The practicality and morality of these proposals never mattered.  What mattered was that they were the only things that television and radio covered for days.  No other candidate could get any attention.  Nobody wanted to hear about somebody’s hopeless 10-point plan.  They wanted to hear about Trump’s Mexican wall.  The other candidates played by the old rules.  They inflated beautiful and expensive balloons, which Trump would pop with a single vitriolic tweet.  He embraced and capitalized on the cynicism of the media:  They loved the ratings he brought, so they had little incentive to scrutinize his policies, no matter how ridiculous.  Against that genius Machiavellian approach, nobody else had a chance.

Third, the Republican Party never took him seriously, so they never had a plan to stop him.  Even after months of opinion polls showed Trump winning easily in state after state, they refused to believe it.  To them, Trump was impossible.  They assumed he would explode in the conflagration of his own bombast.  They didn’t realize that his bombast was like a sweet lullaby to many in their party.  Only now, with his victory almost inevitable, are they making a desparate effort to prevent the apocalypse.  It’s almost sad to watch.  The most recent example has been the hapless Marco Rubio, the last ghost of the party’s hopes, who has adopted Trump’s own strategy of personally insulting the opposition, making infantile jokes about Trump’s hair and manhood and boasting that he made Trump wet his pants at a debate.  It’s been a pathetic Trump imitation, distasteful, degrading, and completely ineffective.  What the Republican leadership learned far too late is that Trump has hijacked their party, and, even worse, that many Republicans have loved him for doing it.  The party looks like a man caught in a torrential rainstorm who regrets that he forgot his umbrella.

These are just a few theories.  Trump’s phenomenon is so complex that political scientists will analyze it for years.  But one thing is certain:  It’s too simplistic to say his voters are only working class white men who lost their jobs to Mexicans.  The polls show his constituency is much broader.  He has captured large portions of the party’s evangelicals, women, conservatives, moderates, university educated, and even Hispanics, at least some of whom he has promised to deport.  How to explain that?  In the end, trying to explain Trump might be like trying to explain a hurricane.  Sometimes, when the climate and circumstances are right, hurricanes just happen.

Mark Bieter is an attorney in Washington, D.C. (@markbieter). This piece was translated from English by Henar Chico of Chico Translations (@C_Translations).