Cyrielle Balerdi, with Le Journal du Pays Basque, has been really busy lately working on various articles centered around Basques in the Diaspora. A few weeks ago she needed help finding Basque people who were participating in New York’s marathon, and more recently she was looking for Basques and Basque-Americans willing to share their Christmas stories. We’ve never met in person, but I like her energy and how hard she works at sharing our stories with the rest of the world.

In her last article, Histoires d’emigration basques et americains (Stories of Basque and American immigration), she writes about two women and her immigration stories: French historian Argitxu Camus Etchecopar, and well, me, Henar Chico.  My friend Diana Arbiser was nice enough to translate the stories from French into English so I could share them on the blog with all of you.

Tales of Basque and American immigration

Henar Chico: “A Basque in Boise”

Pleasant and warm, Henar Chico is one of those people who know, from the outset, how to make you feel at ease. Coming from a small town 20 minutes away from Bilbo, Henar grew up in the Basque Country. She is 21 years old when, after getting married, she disembarked in the city of Boise, capital of Idaho, wedged between mountains and massif, east of Portland. We are now in 1996, a little over 15 years ago.Henar Chico. Maybe this name doesn’t mean anything to you, but yet, this 38-year-old young woman, bubbly and witty, is a local star among the Boise Basques, in Idaho. Far from the glitz, she works hard for her community on a daily basis. With more than 200 visitors per day, her blog is an authentic mine of information, at the service of the biggest Basque community in North America. A community playground, but open, where she juggles between English and Euskara, depending on her desire as well as on the subjects.

“The Arrival of the Children Changes Everything” 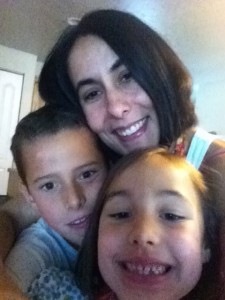 During those first years, she doesn’t get involved at all with the Basque community. In fact, she barely looks at them. Later, with the arrival of her children, everything changes. Like many parents, she wants her children to know where they come from, what’s their heritage: “Having children has transformed my perception of things, and mostly how I looked at the Basque community in Boise. I started to participate as much as possible in the Basque activities that were taking place. I took pride in speaking Euskara, even though I had muted this language most of my life. All of a sudden, I understood that the only way my children would understand what it meant to be Basque was through the Basque community in Boise, enrolling them in the Ikastola, in dance classes, attending monthly dinners at the Basque center. So that’s what I did.” Plus, she adds: “I am so lucky to live in a city that has the only Basque preschool in the United States [Editor’s note: founded in 1999 in the Boise University campus, it educates about twenty children] and a large number of Basque organizations that contribute to keep our culture alive.” The community is, indeed, one of the most active of the United States. In addition to dancing, music, ‘pala’ and monthly dinners, the Basques of Boise celebrate each year the San Inazio, in the end of July.

The second turning point in her life as a Basque in Boise will arrive in 2008, once one of her friends, who is a journalist in eitb.com, told her about the media’s intention to start a blog in English in Boise, with the prospect of expanding their network on the internet. Henar is immediately excited by this idea, even when she didn’t know exactly what to expect or to offer with this blog. “I had no idea! I remember having tried to keep a personal diary. I always finished up throwing it away after a few months, as soon as I had the nonsense of re-reading what I’d written earlier on! With the blog, it was different. I didn’t write a personal diary, since it was open to others, the public. Of course, I do not censor myself about the subjects I touch. I can use my own voice, and that’s why it works.” But she doesn’t stop there. As months go by, Henar decides, little by little, to use her blog to disseminate information about the diaspora, Basque events, news, etc. “I found pleasure in interviewing people in the community who had experiences to share. To relay the information and to create even more connections between people in the community.” Since then, Henar publishes, on average, one article a day on her canvas. Sometimes more, sometimes less, depending of course on how she uses her time, which is divided between her children, her job as an English-Spanish translator, and as a Technical Support Specialist. “There are no rules, because I write on a purely volunteer basis. But it’s always better to post as regularly as possible.” To stay connected, Henar confesses returning once a year to the Basque Country since she arrived in Boise. Then, once every two years after the arrival of her children. “Luckily, my family and friends come to visit regularly in the meantime,” she quickly adds. And when asked what it means today to be a Basque in Boise, she simply answers: “It’s something special, positive, something to be proud of. The Basques are seen as hard-working, friendly and warm, always ready to reach out, and, of course, to have a good time. There’s no doubt that being a Basque in Boise is great.” 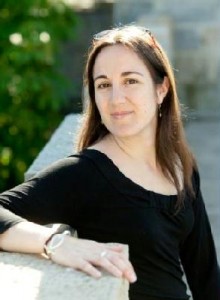 Historian Argitxu Camus-Etchecopar tells the story of “Pette” Jean-Pierre Aguerreberry, who left Abense-de-Haut to seek his fortune in the Death Valley, where he found gold and founded his mine, still known by the name of “Aguerreberry Point.” But if the myth of the golden rush plays a triggering role, the Basque people, less fortunate at the mine, quickly turned towards the agricultural and pastoral terrain. Thus, from 1850 to 1914, the character of the Western US nomadic Basque shepherd develops, which became a symbol of the Basque immigrants and almost as mythical as the cowboy of the western plains.

Many among them are native from Basse Navarre, from the valley of Baïgorry or from Saint-Jean-Pied-de-Port.  They roam the land for hundreds of kilometers, facing solitude and climatic hazards in a harsh, often hostile landscape.  It is said that the trade was denigrated in the western United States, and that this isolated life has favored them to keep a high sensitivity regarding their native land. But the Basque were also recognized for their know-how and their forward-thinking in livestock and development of the trashumant model, and at this time, several of them begin to consider a permanent settlement.

Once California is urbanized and developed new irrigated activities, the herds moved towards the east and north, towards Nevada, Idaho and Oregon. While some of them return to the country with the little money they’ve made, others are buying ranches, businesses, or build hotels, and find themselves in cities such as San Francisco, Reno or Boise. When the latter, these “Amerikanoak,” as they are called then, obtain their United States’ citizenship, the trips to the Basque Country start to take the shape of temporary visits, sometimes simply to find a wife before leaving again.

“In 1900, 75.6% of them were residing in California, while 18.3% were living in Nevada, and 6.2% in Idaho. They did not necessarily live scattered, but mostly in specific counties and in the cities: mostly around Los Angeles (28.3%), San Francisco (13.1%), between Reno and Elko, in northern Nevada (16.2%), and around Boise, Idaho (6.2%). The others lived in the interior areas, in Sierra Nevada, between the counties of Bakersfield in the south through Chico in the north of the state of California, or in the mountains and the desert in Nevada,” describes Marie-Pierre Arrizabalaga, in “The Basques in the American West” (1900-1910).

Contrary to popular belief, many Basques would have preferred the cities to envision their final settlement, especially Los Angeles, San Francisco, Reno and Boise, those places where the Basque communities are the most important ones today in the United States.

Basque culture in North America is always visible, even if it is in constant evolution. The diaspora today remains large, but aged and dispersed, with the mass emigration having stopped in the years 1960-1970, giving way to more sporadic movements, and to different expectations and realities. The old generations sometimes complain that “it isn’t what it used to be.” No doubt, the young, and what’s more, the young “of Basque descent,” born in the United States, do not reproduce exactly the same traditional cultural practices of their ancestors, nor do they speak the language, other than occasionally. But it is clear that the heritage is still there, alive and well.

“Since the identity movements of the minorities in the United States in the 1960s with the ‘Roots Phenomenon,’ claims of belonging to an ethnicity have acquired a sense of pride,” says Argitxu Camus. While the Basque ethnicity was more  a fact than a project during the first stage of immigration, its maintenance has become, if not a duty, a true necessity since those years. The creation of Basque clubs is the most apparent expression of it.

Even today, over forty Basque clubs located over the whole territory continue creating the connection. More than simple places of reunion, these associations offer the possibility of sharing a morsel of the Basque country, and especially of learning further through their dances, their songs, their language, the ‘pala’ game or the exhibitions and conferences held there. Each within their own means – those of fewer than 100 to those of over 500 members – adds their building block.  If they no longer represent more than a minuscule part of the Basque community present in the United States (around 10%), they nevertheless remain its most visible expression.

Regarding the immediate future of the Basque emigration, the anthropologist William Douglass states that he “finds the apparition of multiple Basque Diasporas in places like London, Milan and Copenhagen, which show large changes in accessibility and attraction exercised by the traditional destinations on Basque immigrants.” Thus, while the aging process of the first Basque diaspora to the New World seems to have been started (irreversibly?), it’s at the very center of the Old World, the European continent, that the most important Basque emigration movements are now taking place.

“Without forgetting, of course, the new virtual geography of cyberspace, capable of overcoming almost all obstacles, which favors the birth of a Basque identity and individualizes its expression at the same time. Then, a future world can be envisioned in which many Basque Diasporas, apart from Euskadi itself, end up creating a virtual Basque reality without borders. But this is only one of many possibilities that the Basque researchers have to consider, analyze and probe,” he concludes.

3 thoughts on “Stories of immigration, by Cyrielle Balerdi”