Like it always happens when someone dies, even after a long battle with cancer or never coming out of a coma following a terrible accident, Ines’ death was unexpected. Everyone gasped and covered their mouths with two hands in an attempt to muffle that moaning sound people make when presented with the demise of a loved one. Actually, it doesn’t even have to be anyone close or a person you liked; people usually gasp when someone they know passes away. 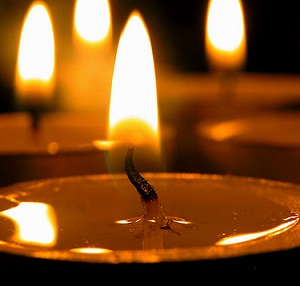 “But she was so young and kindhearted!” her 66 year-old neighbor exclaimed, secretly relieved that it wasn’t her 6-feet under that beautiful Saturday morning. “So intelligent!” added her fifth grade teacher, who always thought Ines was kind of a tool, and never gave her more than a C+ on her tests. Like that makes any difference on someone’s lifespan. By that rule of thumb, no baby should ever die, Einstein would still be around, and all pedophiles would end in miscarriages.

The church was packed. Had Ines been alive, she’d have been livid. That was a blow below the belt if there was ever one. The rest of the family wanted to celebrate her funeral in a manner more in line with the way she was (maybe a short speech before a soccer game or a nice dinner and drinks in her honor), but her brother-in-law had a thing for making everybody concede to his wishes, mainly so he’d shut the hell up. Luckily, she was dead, so there you go.

The good thing about dying is how it turns even the nastiest person into someone right up there with Mother Teresa of Calcutta or Mahatma Gandhi. It’s like amnesia sets in all around, permanently for the deceased, and at least temporarily for the ones that stay behind. Whores become liberated women, stingy people were financially responsible, and bitchy, rude women were just being straight-forward and honest. The bad thing about dying, other than dying, is that the one time everybody is kissing your ass, you’re totally oblivious. (Unless it’s true about reincarnation, but even then, who knows how fast that works. Do you have to be buried before taking over someone else’s body? Or let’s say it’s instant but you become a delicate flower, wouldn’t you still be out of luck? Everybody knows plants don’t have ears, hello!).

At the very least, Ines’ wish of cremation was granted. She never got around to renewing her Costco membership card and nobody would go in 50/50 to purchase a coffin with her. Besides, being cremated is way cheaper and then you can do something cool and meaningful with the ashes. Initially, she’d wanted them spread among her three favorite Moxie Java locations, but then she thought how the employees would not appreciate Ines grossing out their customers posthumously, plus then they’d have to sweep her up and she’d end up in the trashcan mixed in with the coffee grounds. Being the caring person she was (just ask anyone at the church), she decided to donate her ashes to those in need.

She will be sorely missed.

2 thoughts on “May Ines rest in peace”