“Do you think he saw us?” My friend Garbiñe looked worried as she posed the question.

“Well, considering that he raised his hand and waved at us, I think it’s a pretty safe assumption to say he did,” I answered sarcastically.

I knew from that moment that we were in trouble. All the chaperons were back at the house the Scouts had rented for the weekend, except for this one who, for some reason I have long forgotten, joined the group at a later time and caught us red-handed skipping the assignment when he drove through town. We were fifteen and supposed to be looking for a place in the woods, where we would make a tipi or something with sticks we found on the ground to help protect us from the elements. I know, I still crack up a bit when I think about it. Instead, we were taking a break in the middle of Zalla, our feet dangling from the wall surrounding the plaza.

Truth be told, we set out completely focused on our quest for natural refuge, backpack on our shoulders and lots of gossip to keep us entertained. However, we soon got distracted by a continuous flow of bikes speeding towards the town. At some point we got bored with each other and decided to keep count, and by the time we realized it, we were over one hundred and in the middle of Zalla. There was a bikers reunion that day, then free concerts and partying at night.

It was a no brainer: sleeping in the woods or bar-hoping all night? So we sat on the wall, waved to our chaperon, and patiently waited the evening out to see what the night would bring. I’d like to say we were shocked that most of the Scouts had come to the same conclusion — forgoing a night with nature in favor of music and beer — but obviously, we weren’t.

Unfortunately, the end of the night is essentially a blob in my head. I remember only bits and pieces: a group of us waiting at the train station, Garbiñe and I walking in shame towards the house under the disapproving look of our chaperon, a reunion among the adults where our fate was being decided, a meeting with us kids to deliver the verdict. As it turns out, Garbiñe and I were expelled from the Scouts that very same day and sent packing by train to our respective families, who were waiting, with an even worse disapproving look, at the train station in Ortuella.

My parents had never grounded me before, but this time they put their foot down and kept me locked in my room all day. It wasn’t too horrible though, after a night with no sleep I wasn’t looking to do much more than laying around and listening to music.

I remember the Scouts asking us later to rejoin the group. I don’t recall what Garbiñe decided, but I politely declined. Despite the good times, I became disappointed with the lack of comradeship exhibited by my peers. Nobody stuck up for us when we were kicked out, even though we were all guilty of the same crime. It’s just that Garbiñe and I got caught. We didn’t rant them out and I still talk to all of them cowards. It was my first lesson in dealing with the consequences of my own acts without looking outside for blame.

A few years later, my sister and cousin were also expelled from the same Scout group, by virtually the same group of chaperons. My parents take comfort in the fact that at least, in our family, we are consistent. 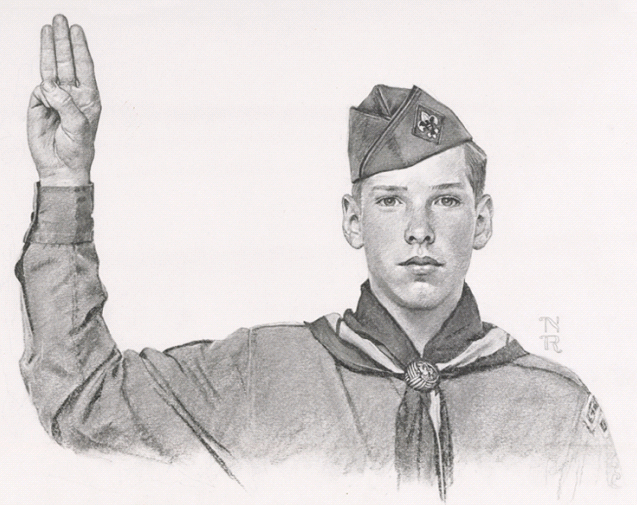