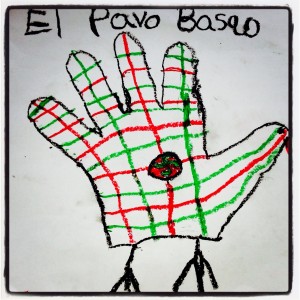 It’s Sunday already and I haven’t written a thing about the holidays or how thankful I am about a lot of things, especially my children. In my defense, I was sick for a couple of days at the beginning of the week. My poor kids had to fend for themselves while I dragged my sorry ass from the bed to the couch, and from the couch to the armchair, once I felt better. The first night they took care of me by giving me hugs and all their blankets I was shivering so much. I slept under a mountain of pink princess covers and one BSU throw because, according to my daughter, “blankets come from the heart of children.” In the morning, Andoni helped me choose a different set of pajamas when I woke up soaking wet from transpiration. In the afternoon, they made their own lunch, Princess noodle soup for Maitane, Ramen Noodle for Andoni (he’s getting ready for college).

Tuesday was a repeat from Monday, except I was able to make their lunch. We watched a ton of movies, made some of our own, and enjoyed watching the Ajax-Barcelona game on the computer.

On Wednesday, Andoni entered his second decade with a big smile and having confetti pancakes for breakfast. Ten years already. What did I do before 2003?

Besides, this online dating thing is serious business. Messaging back and forth with nameless guys takes up a lot of time, not to mention trying to keep them all straight (Did I already tell tonsofluv4u where I come from?). It’s worth it, though. Not so much because I am actually going out on dates, but the stuff I get on my inbox is priceless. Like the bisexual guy who wrote to ask if I’d be interested in such a lifestyle. Dude, it’s hard enough worrying about your guy setting his eyes (if you’re lucky and that’s it) on another woman, I definitely don’t want to worry about him checking out the other 50% of the population as well.

Then, there is the ex-Mormon, who I actually met in person and found quite interesting. He happened to spend 6 months in Las Arenas, Bizkaia, during his mission when he still believed, so he speaks Spanish and knows how to play pala. Nice guy. Unfortunately, as I found out the second time I saw him, he is polyamorous, one that practices “consensual, ethical, and responsible non-monogamy.” I think I rather get cheated on the traditional way, where you don’t know it’s happening. What can I say?  I could never get into Big Love. Besides, I barely have time to see one person as it is, how would I manage two or three guys? 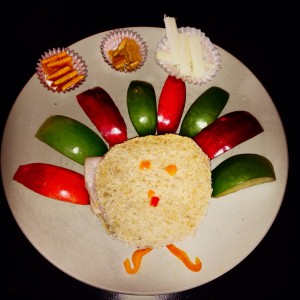 Being busy didn’t stop me from cooking Thanksgiving dinner this year, though. Yes, you read all right. I cooked the meal for the first time ever, and we’re all still alive. Not only that, but the kids liked it so much they even wrote in their diaries and recorded this special event for posterity. I never thought I’d say this, but I enjoyed preparing the food. Maybe miracles do exist. It was a great Thanksgiving Day filled with food, family time, and Netflix movies.

Now, let’s get ready for Christmas. Who knows? I might cook again. I’m done with the shopping, so I have the time.