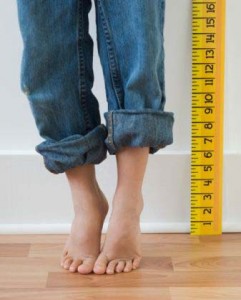 My sister and I were pretty young when our parents started leaving us alone after dinner on Fridays to have a coffee downstairs and a few minutes to themselves. They would always let the neighbor know, though, who had a key to our apartment and was not afraid to use it at any time of the day, to my mother’s dismay.

Petra was always old as far as I’m concerned, a really short, kindhearted lady with a bit of a hunchback and a leg that was shorter than the other. (Now that I think about it, the two were probably related.) She wore this shoe with a humongous sole on the one leg to make it even with the longer one, but still walked with a significant limp, so she spent most of her time confined at home. Maybe that’s why she loved gossiping so much. She also had a potty mouth, which I found quite enlightening: I learned at a very young age the other meaning of ‘bitch’ – the non-animal one. I still remember my mom jumping a little when she heard her spit the word right in front of me, and how uncomfortable she was after the neighbor left and I got on her case about what it meant.

I just started leaving the kids at home for an hour or so at a time while I go to the store or run some errand. And even though I do not technically leaving them alone – I have a roommate – it still feels that way and I worry the whole time I’m not with them. It would make more sense if they were 4 or 5, but they’re almost 9 and 11. I used to roam around Ortuella with my friends way before I was their age. I would play in the neighborhood with my classmates for hours out of my mother’s sight, and with no cellphone.

Nothing ever happened to me. Here, I don’t let my kids go anywhere by themselves, not even to the park down the hill. But children don’t stay young forever, and at some point we have to let go and deal with the fear that they might get snatched by some freak or get hit by a car when we are not looking.

Yesterday, Andoni asked if he could bike over to his dad’s to grab a backpack. Our neighborhood is very safe, and Mike lives maybe two minutes away by bike. My first instinct was to say no, to tell him that I’d be home soon, that I could swing by aita’s and get it myself, or that we could bike together after I returned. In the end, I got over myself and said “Yes, of course, just be careful.” He was happily waiting for me at home with his backpack by the time I arrived.

This kids growing up business sucks. I’m so far from ready.