The World Cup is merely a couple of months away and once again, there won’t be a Basque national soccer team representing the Basque Country. Hopefully, the day will come when our national team is officially recognized to participate in their own right. Until then, we can only imagine how our team would look like.

And that’s exactly what Tre’ Atkinson does in this article published originally by Bleacher Report on May 14, 2014. You can say I’m bragging if you want, but I think this team could do some damage in Brazil this summer.

Imagining a Basque National Team Ahead of the World Cup

The recent re-emergence of Athletic Club Bilbao and Real Sociedad has put Basque football back on the map. The Basque Country, located in Northern Spain, has a population of around 3 million with football in their blood.

Throughout the years, Basque players have helped the Spanish national team achieve success. Legends from the region, such as Joseba Etxeberria, have been regular faces for La Roja, while the likes of Fernando Llorente and Xabi Alonso helped the country win its first World Cup back in 2010.

In Spain, Catalonia has received major attention over the years due to the success of Barcelona and calls for independence. But the Basque Country also has a lot to say for itself.

Historic clubs like Athletic Club Bilbao and Real Sociedad have seen major success throughout the decades, and they are once more making their presence felt in the country. But other Basque clubs, such as Eibar, who will likely be promoted to the first division for the first time next season, are beginning to find success as well.

With the Basque Country being a very independent area that is constantly churning out top footballing prospects, it would be amazing to see the Basque national team one day competing against other European nations.

For now, Euskal Selekzioa has to settle for one friendly every year. Last December, several stars were called up to represent the Basque Country in a friendly against Peru at the new San Mames. The Basques came out 6-0 victors.

With that in mind, this article will take a look at what the Basque national team could look like today, as well as discussing just how competitive Euskal Herria could really be. 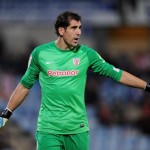 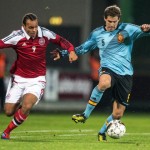 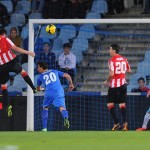 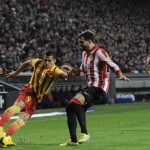 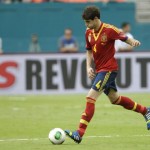 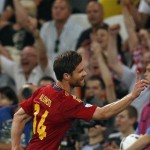 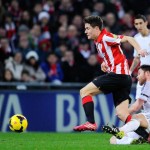 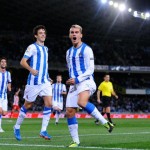 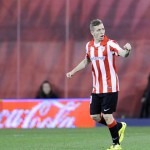 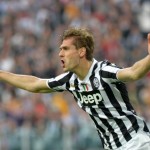 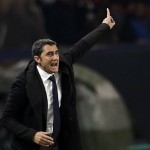 The Basque Country boasts a deep pool of talent at the back. There are several veteran players that would be able to lead the team, as well as plenty of young stars that would provide energy and a strong work ethic.

Beyond Gorka Iraizoz, there are other promising keepers. Enaut Zubikarai is a regular during friendlies, while young Kepa Arrizabalaga may turn out to be one of the best Basque keepers of all time.

French keeper Stephane Ruffier is also Basque and could fight for a starting role.

The defence could be stacked as well. Andoni Iraola, Carlos Martinez and Carlos Gurpegui are all proven and experienced defenders. Couple that with young talents such as Joseba Zaldua and the Basque Country has a lot of options to choose from

Like the rest of Spain, it is in the midfield that the Basques would boast their biggest talents.

From experience to young raw talent, the Basque midfield would have it all.

Xabi Prieto could likely make a case for a starting role, maybe even as captain, while the likes of Mikel Arteta and Markel Susaeta have plenty of matches under their belts.

The likes of Ruben Pardo and Asier Illarramendi are also immensely talented despite their age and would add a lot to the squad. Finish off the alternatives list with quality stars such as Ander Iturraspe and Raul Garcia and we really begin to get a picture of how strong the Basque midfield can be.

More than any other area of the pitch, picking who would fill the midfield roster spots would be almost impossible for the Basque national team.

Contrary to popular belief, Fernando Llorente isn’t the only talent forward who could represent the Basque Country.

In fact, Aritz Aduriz has featured in more friendlies than El Rey Leon and is an accomplished goalscorer in his right. Imanol Agirretxe has also turned out to be quite a lethal finisher up front for Real Sociedad and would fight for a place as well.

There are several young strikers that could fight to make the cut too. Iker Hernandez and Guillermo have been lighting up the lower divisions and would provide an energetic spark that often comes in handy.

Though Llorente is easily the top choice to start up top for Euskal Herria, make no mistake about it, he is by no means the only option.

How Competitive Would the Basque Country Be?

Even with every star choosing to play, it is safe to say that the Basque national team would not be on the same level as Spain, Italy, Germany and other European giants. That said, the Euskal Selekzioa would definitely be a very competitive team.

With a deep talent pool to choose from, the Basques would be able to field a team capable of making it out of the group stages of a World Cup.

Anchored on a very strong defense with experienced holding midfielders in front, the Basques would make things difficult for any opponent. Quick and creative forwards would be able to do the work up front and provide plenty of goals.

Any chance of having the Basque national team actually competing in international tournaments is surely a long way away—if it ever is to occur. For now, the autonomous community remains a part of Spain for the foreseeable future.

When looking at a possible Basque national team, it important to realise that there is truly no way of knowing what the team would actually look like.

The Basque Country would first have to become independent to field their own team in competitive tournaments, and even then eligibility to play for the team would likely be a tense affairs with so many players having already represented other countries.

Regardless, Basque football is reaching a new age and the world needs to pay attention. Northern Spain is filled with quality players, and one day they just might be waving the Basque flag at a World Cup or European Championship tournament.