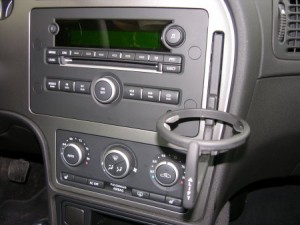 I was invited to a birthday party last night for one of my oldest friends in Boise, so after a very productive day of home-making and organizing, I showered, packed a snack and a bottle of wine, and headed to her house. As I took a left on Cole towards the connector, I saw this dude taking his sweet time to cross the road a few yards ahead. As I got closer to the freeway entrance, I realized he was not only carrying a guitar, he was playing it as he strolled along.

All of a sudden, I found myself in Portugalete some 20 years, when I first started dating Mike. We were at the bus station going to (or coming from, I don’t remember) Algorta, and Mike was thirsty. We found a candy store where he bought a coke, which he proceeded to open and drink as soon as we got out to the street. I was like, what the heck is he doing? It guess it’s normal here, but I wasn’t used to seeing people drinking soda while taking a walk.

I felt the same way when I stepped into our first Saab, a white 900S. Mike had bought it in Boise and drove it to L.A. to pick me up. I was freshly arrived from Bilbao, suitcase in hand, $80 in cash. I was nervous, everything was new, different. The scenery, the sounds. I was overwhelmed. In the car, I noticed this round circle made of plastic sticking out of the center console, and for the life of me, I couldn’t figure out what you’d put in there. These days, cars in Spain also come equipped with cup holders, but 20 years ago nobody thought of drinking coffee as they drove to work.

As it turns out, it didn’t take me long to make cup holders my dearest friends. However, I still won’t carry a beverage with me if I’m walking around town or use a drive-through if I can’t help it. I won’t deny their convenience, but I feel lazy and like a cheater in the rare occasions when I have used them. Not to mention the weirdness of talking through a metal pole with a teenager who always sounds like Darth Vader. The kids think it’s stupid that I make them get out of the car and into the Taco ‘Hell’ when we could simply keep out belts on and roll through.

What can I say? Some people refuse to log onto Facebook from their mobile devices to reduce impersonal interactions as much as possible; I avoid drive-throughs.