It’s not everyday that you get to share an article featuring one of your friends making history after years of hard work. By now, I don’t think there is a single person in Idaho or the Basque Country who hasn’t heard about the Basque Soccer Friendly coming to Boise in July of this year, coindicing with the celebration of Jaialdi. Well, this match would have never come to fruition without Argia Beristain’s determination to make it happen. So for that, thank you!

Boise Weekly’s Jessica Murri is a great advocate for the Basque community. I had a chance to meet her last year while she was working on a beautiful article about Boise’s fronton, A Beautiful Room. This week, she brings us a very interesting interview with Argia Beristain. I hope you enjoy it as much as I did. 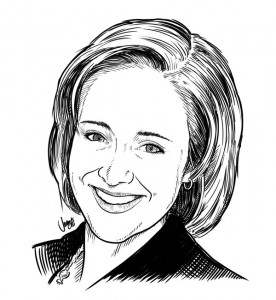 Following Boise’s 2010 edition of Jaildi—the all-things-Basque celebration that occurs every five years—Argia Beristain and her husband made a decision: They wanted to move to Boise before the next one. Three years later, the Beristain clan relocated from the East Coast to the City of Trees. Before the movers even arrived with her furniture, Beristain got a call from a professor with Boise State University’s Basque Studies program, asking her to help put together a Basque Soccer Friendly. Beristain said she had no idea how much the preparations would take over her life—all while raising three children, ages 2, 4 and 6.

Now, two years later, the Basque Soccer Friendly is a reality, slated for Wednesday, July 29 at Albertsons Stadium. Beristain took a rare few minutes out of her soccer match-obsessed day to talk to Boise Weekly about sport, tradition, immigration and celebration.

After you secured Athletic Club Bilbao to agree to play in Boise, how did you go about finding them a team to play against?

For the longest time we were dealing with Major League Soccer here in the United States. We were speaking to the Seattle Sounders, the Portland Timbers, the Real Salt Lake team. Then the MLS scheduled their all-stars game for July 29, which meant any team that showed up here wouldn’t have their stars. That’s like the Chicago Bulls, of back in the day, showing up without Michael Jordan.

It wasn’t until January of this year that we decided it may be better to go with a League MX team. It came down to Club Tijuana being the best fit.

It took us finding the team that got the entire vision, like Athletic Bilbao. When they found out the money was going to the Basque Studies Foundation at Boise State, they waived their appearance fees and they’re coming at no cost to us.

How do you sell this event to Boise, such a football-oriented town?

There’s quite a quantity of my soccer friends that like to call themselves the “underprivileged class,” because they think the soccer community doesn’t get a lot of respect around here in the media. There’s a lot of excitement that this game will help raise the profile of soccer.

Soccer in general is growing in the Treasure Valley. Folks in my generation say there used to be about eight teams when they were growing up and playing soccer. Now there are over 15,000 registered players in the Idaho Youth Soccer Association database.

Sure, drive past the Optimist soccer fields on any given Saturday and it’s madness. But that’s just the youth. What about adults?

There are adult soccer associations as well. One of the interesting things we’ve learned on our path is that there are over 200 Hispanic soccer teams between here and Nampa.

And that makes the team being from Baja California, Mexico even more exciting.

It’s the older generation of football versus the new generation. They can both speak Spanish to each other. Now, it’s just about finding refs that speak Spanish.

So, you have lots of soccer enthusiasts and people who play; but is that going to be enough to fill up the Albertsons Stadium?

No. Our audience is the Basque community. With it happening during Jaialdi, we’re anticipating 30,000-40,000 Basque from all over the world to descend on the Boise area to celebrate Basque culture for the week.

Second to that is the Hispanic community. As John Bieter [professor of Basque Studies at Boise State University and brother to Mayor Dave Bieter] points out, this brings together one of the initial immigrant groups to Idaho, the Basque—and one of the current immigration groups to Idaho—the Hispanics.

We anticipate a number of non-soccer people to come, too. Even if they’re buying tickets just to see the green covering the blue, that works.

Is there any doubt in your mind that it won’t sell out?

No, the question is when.

How does one go about covering the blue turf?

We will be renting plastic event decking to cover the turf, like you would use for concerts or graduations. Second to that is the tarps, so the soil doesn’t go through the decking into the blue. On top of that is the sod, which is the most exciting.

We’ve hired a group out of Oregon who has done this for the World Cup qualifiers. Cloverdale Nursery is growing the grass, so the grass will come out of the ground and be installed in the stadium within 45 minutes of it actually being cut.

We’ve also hired the director of fields out of Centurylink in Seattle who does the Seattle Sounders’ and Seahawks’ fields. He will mow it, water it, grow it and make sure it’s in pristine condition. He’ll cross-hatch it to make it look fancy for TV.

Then there’s the taking it out.

Yes, immediately the next morning [after the match], the same sod company will remove it from the stadium and reinstall it in Ann Morrison Park for two soccer fields that need to be redone. Then our community will get to play on the same field that Athletic Bilbao and Club Tijuana played on.

I’ve learned a lot about sod through all this. And just for the record, it’s Kentucky bluegrass, which is one thing we love to say to the folks that aren’t happy that we’re covering the blue.

Wait, are there folks who are unhappy that you’re covering the blue?

We’ve heard from a number of them. I can’t make an argument.

It feels like with the addition of this event, Jaialdi just keeps growing.

Yes, for folks that haven’t come to Jaialdi, or weren’t going to come to Jaialdi, or have never heard of Jaialdi, this is tipping them over the edge to come. We’re excited. After we get one under our belts, we hope to bring this back with every Jaialdi. That’s the dream.

You can find the original article here.