The Basque Soccer Friendly between Athletic de Bilbao and Xolos of Tijuana has come and gone, leaving the city of Boise and its community filled with wonderful memories that will be treasured for years to come. Much has been said about this match, both in the months leading up to the event, and specially during the three magical days since the teams arrived in Boise on Thursday and Friday. However, nobody can take a story and twist it like Boise native Mark Bieter. In his latest article for the Blue Review, he goes beyond the surface and brings us a closer, more personal approach to the teams, their history and their fans. 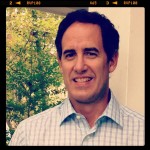 The July 18 Basque Soccer Friendly between Athletic Bilbao and Club Tijuana in Boise was an imagined thing, drawn up years ago on a cocktail napkin by a few people — including dedicated members of Boise’s Basque community — over drinks, stuck in a pocket and forgotten, resurrected and revised, and finally brought to life by hundreds of meetings and phone calls and visions of world class football in Idaho.

It’s a professional soccer game in a college football town played in a U.S. stadium by two non-U.S. teams who have never faced each other and might never face each other again. It was practically an impossible dream. For example, one basic requirement was trucking in  85,000 square feet of Kentucky bluegrass to be placed over plastic decking and two layers of tarp to cover the Boise State  field, which is artificial turf colored blue and trademarked so no other university can copy it. When the game is over, all that grass will be rolled up, shipped away and planted in a park.

The original cocktail napkin plan hadn’t anticipated all that. The only idea then was to bring Athletic Bilbao to Boise for a game during Jaialdi, the massive international festival Idaho’s Basque community holds every five years. Athletic is an iconic team, founded in the 1890s in Bilbao, the Basque Country’s largest city. It’s ranked among the top 30 soccer teams in the world. Athletic plays in 53,000-seat San Mamés stadium, which was built in 1913, remodeled a century later, and is now one of the premier soccer venues in Europe. They’ve been champions of La Liga, Spain’s top professional division, eight times, and winners of Spain’s most prestigious cup competition, the Copa del Rey, 23 times, the most of any team besides FC Barcelona

Like it so far? You can read the article in its entirety on the Blue Review website: Beyond the Friendly, Two Idaho Immigration Stories

Mark Bieter is an attorney and writer in Washington, D.C.
mark@markbieter.com
@markbieter

4 thoughts on “Beyond the Friendly, Two Idaho Immigration Stories, by Mark Bieter”