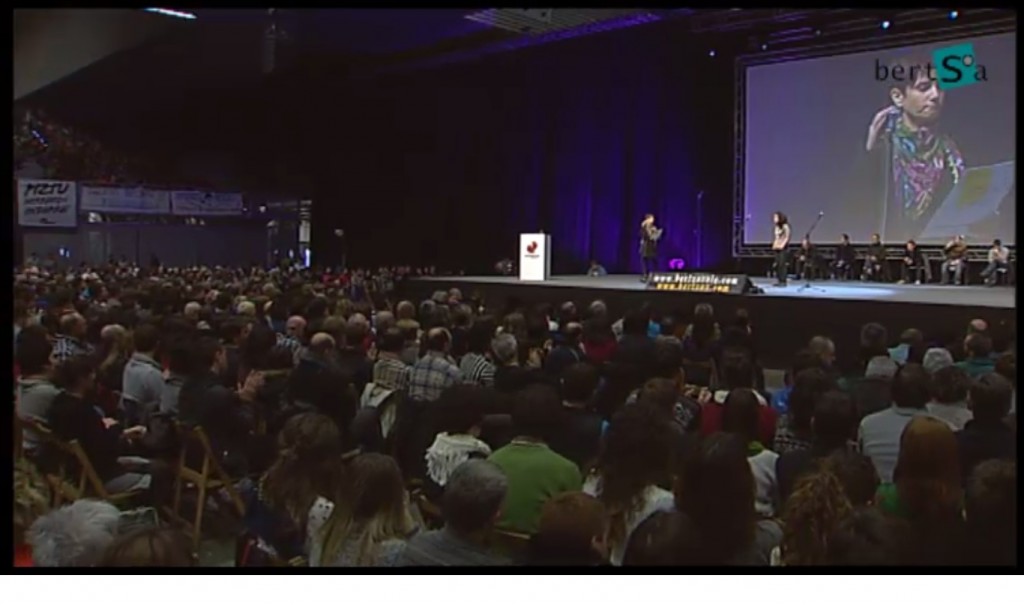 “You shall leave everything you love most dearly: this is the arrow that the bow of exile shoots first. You are to know the bitter taste of others´ bread, how salty it is, and know how hard a path it is for one who goes descending and ascending others´ stairs”

On July 16, 1950, a group of nine Basque men sailed from the Port of Santurtzi (Bizkaia) to the Port of Veracruz (Mexico) on a small hand-made ship named “Montserrat” in order to escape General Francisco Franco´s brutal dictatorship and post-war socio-economic depression. Only one of the men was a professional sailor. This thrilling first-hand account story (La Travesía del Montserrat—The Crossing of the Montserrat) as narrated by one of the men, Félix San Mamés Loizaga, has been recently published in Mexico. Félix´s on board diary captures the ninety-one long days it took them to cross the Atlantic Ocean. The Basques had to cope with the failure of the boat´s engine, shortage of food and water, hurricanes, and tropical storms. This was a 7,000 mile trip whose storyline rivals some of Hollywood´s best cinematographic adventures.

On July 16, 1949, on the feast of Our Lady of Carmen, Patron Saint of Santurtzi, Manuel suggested to Ismael, Félix and the Bilbatúa brothers to escape Franco´s Spain: “If we leave Spain, where will we go?” Manuel asked. That same night they all decided to go to Mexico as its government was sympathetic to the Spanish Republican cause and the government-in-exile. It is estimated that between 1939 and 1942 25,000 refugees from Spain went to Mexico. All four men worked for the Algorris on their shipyard, Astilleros Alsa, in Erandio (Bizkaia). Later on, they were joined by José Martín, Agustín, and Gregorio. On the following day, they secretly began to build the wooden sloop “Montserrat.” A year later the men set sail to North America.

On their way to the Canary Islands, the “Montserrat´s” engine failed. On July 28th, Gregorio wrote in his diary: “There are nine men on board the ‘Montserrat,’ with courage, strong will…our decision is to continue.” Plans had to be rearranged. From then on they depended on the trade winds, which obviously delayed the original goal of reaching Mexico within a month. Soon, they began to run out of supplies, and even more important, fresh water. After weeks of wind sailing, the “Montserrat” reached Barbados where they obtained supplies and fixed the engine. In Martinique the Basques were able to send the first letters to their families. They set course to Puerto Progreso Yucatán, Mexico. Upon arrival, the local authorities placed them under arrest, while allowing Manuel to leave the boat to contact representatives of the Spanish Republican government-in-exile. Soon, they were allowed to sail to Veracruz.

After three months and thousands of miles, the “Montserrat” finally reached its destination, where, once again, they were arrested. On October 15th Félix wrote: “At 12:30 we entered the port of Veracruz, the end of our troubled trip. Here our journey that will always stay in our memory concluded.” With the help of the Spanish Republican government-in-exile all men obtained permission to legally stay in the country under the political refugee status. The men were naturalized Mexican and remained in the country until the end of their lives. Ismael was able to bring his wife and daughters to Mexico after two long years of separation. In 1974, after twenty-four years, Félix returned to the Basque Country for first time and reunited with his family. His mother had already passed away.

The story of the “Montserrat’s” crew is the story of hundreds of thousands of ordinary people who risked, and are still risking, their own lives in pursuit of freedom and socio-economic prosperity. Between 1948 and 1951, sixty-two sailing boats, the so-called ghost ships, departured, in dramatic conditions, from the Canary Islands to Venezuela carrying a total of 4,000 Canarian passengers who escaped from Franco’s political repression and hunger. Some ships took over eighty days to reach shore.