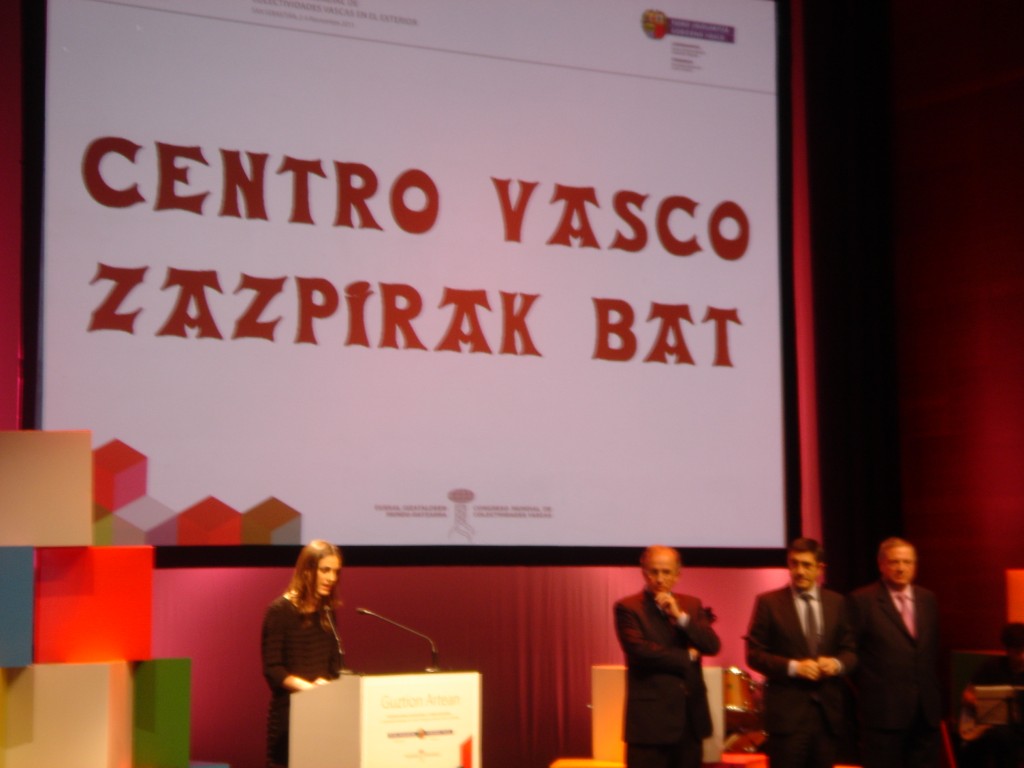 “Time present and time past

are both perhaps present in time future,

and time future contained in time past”

Some Basque diaspora communities and some groups in the Basque Country share, depending on the type of celebrations, some highly symbolic temporal commemorations. According to Michel Laguerre, “diasporic new years, holy days, and holidays incubate the memory of the homeland, heighten the temporal dissimilarity between the mainstream and the ethnic enclave, intensify transnational relations, maximize revenues in the diasporic economy…raise the public consciousness about the presence of the group in their midst, induce changes of the diasporic community, and help the group reproduce itself as a transglobal entity” (In Urban Multiculturalism and Globalization in New York City, 2003: 5). That is to say, different temporal commemorations such as religious, cultural, political, and hybrid are currently celebrated by Basques worldwide. However, the boundaries between religious, political, or cultural temporalities are not so clear-cut. For example, religious celebrations, such as Saint Ignatius of Loyola can be understood as strong Basque nationalist events while nationalist events, such as the Aberri Eguna are imbued with religious symbolism; and cultural events such as Korrika, the bi-annual pro-Basque language race are seen as highly political.

Similarly, Aberri Eguna (the Day of the Homeland) coincides, intentionally, with the Catholic festivity of Easter Sunday, as a metaphor for the resurrection of the Basque nation. It has been, and still is, commemorated in the Basque diaspora (e.g., London and Havana) since the Basque Nationalist Party (PNV in its Spanish acronym) established it in 1932. From 1936 to 1976, the Spanish Workers Socialist Party also commemorated the date, which was legalized in Spain in 1978. Since then, only the Basque nationalist parties, separately, celebrate it. However, since 2005 the annual Aberri Eguna celebration in Argentina were jointly celebrated by representatives from the nationalist youth group JO TA KE of Rosario, the extraterritorial assembly of the PNV in Argentina, and Eusko Alkartasuna-Argentina. In addition, the aerial bombardment of Gernika by Nazi Germany on April 26, 1937, is another highly commemorated date by Basque diaspora institutions and communities (e.g., Argentina and San Francisco, United States).

The main common cultural celebrations refer to the Basque language or Euskara. Euskararen Eguna, the International Basque Language Day, was instituted by Eusko Ikaskuntza, the Society of Basque Studies, in 1948, and it is celebrated on December 3rd, the day of St. Francis Xavier. It has been, and still is, celebrated in the diaspora. The bi-annual and very popular pro-Basque language event Korrika—a run and walk-a-thon to raise money for Basque language schools—is also celebrated abroad (e.g., Barcelona and Shanghai).

In the 2003 World Congress of Basque Collectivities, the institutional representatives of the Basque diaspora recommended the establishment of a “Day of the Diaspora” to be celebrated in both the Basque Country and the diaspora as a way to achieve an official social recognition in the homeland. (Unfortunately, as of April 2011, the “Day of the Diaspora” has not been established yet). Despite the fact that Basque migrants are physically removed from their home country, they are able to be united with their co-nationals by sharing cyclical common events throughout time. The aforementioned celebrations unite Basques from all provinces, including diaspora Basques. These specific temporalities for communal gathering, fraternity, and for renewing pledges of identity, help diaspora and homeland Basques to imagine themselves as a Basque united global community regardless of their geographical location.

Are we ready to build a Basque global community?

For a version of the post in Spanish please visit: http://www.euskonews.com/0578zbk/kosmo57801es.html